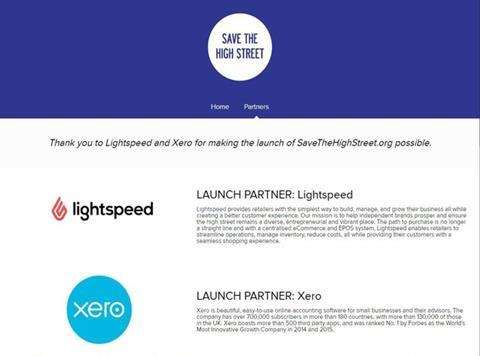 Another new organisation has launched to revive the UK high street in the face of continual footfall decline and online threats.

Working in partnership with heavy-hitters such as Google, Savethehighstreet.org aims to reverse the high street’s fortunes by “supporting and empowering every local shopkeeper nationwide”.

The organisation has been founded by e-commerce experts Interactive Media Retail Group (IMRG), Tech City and PocketHighStreet, and will unveil a 10-point blueprint to boost high street businesses at its official launch tonight.

The contents of the blueprint are not yet known, but it seems to focus on surviving the digital age - promising to “recommend a path ahead for each local shop” and “level the playing field like never before”.

The organisation is initially concentrating its efforts in the capital and will drum up support by visiting every local independent shop in Central London. It hopes to engage 125,000 retailers nationwide in the next 12 months.

James Roper, chairman of founding partner IMRG, said high streets must change to “remain relevant in the internet age”. “Most don’t know how to and need a lot of help,” he said. “I am pleased to see savethehighstreet.org arriving to bring a centralised, substantial solution that can directly enable all local retailers to fully engage in the digital economy.”

In June, the British Retail Consortium announced a 3.7% footfall decline in high streets and a 2.8% drop over all retail locations - the largest seen since February 2014.