Why the M&S-Ocado deal is positive news for suppliers 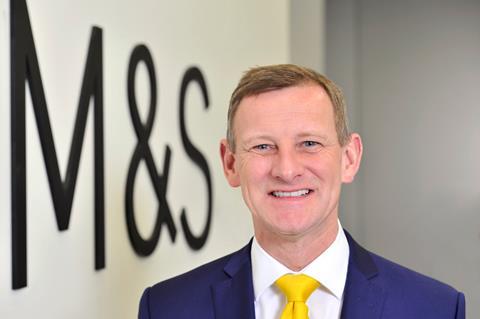 Advances in top-tier own label mean M&S no longer has the monopoly on quality. Ocado was Rowe’s chance to stay in the game

What is the collective noun for a group of suppliers? A haul? A deal? A delay?

Anyway, the Ocado switch from Waitrose to M&S has positives for many groups of suppliers in the long term.

With the negative CMA review of the Sainsbury’s-Asda merger, it’s been a good couple of weeks for suppliers. I’m not saying that because of the buyer negotiation power, which tends to be the first thought following Mike Coupe’s promised 10% supplier margin raid.

No, suppliers’ problem with the Sainsda thing was always the centralisation; two 30% customers makes it more difficult for them to mitigate risk and that was their real threat. Yes, it’s true that there was a sigh of satisfaction from a tango of suppliers knowing that they won’t have to endure the tedious cost price harmonisation dance. But that’s what the sales teams are paid for, and the CMA agreed.

A fragmented retail trade means suppliers can hold stronger on price, so the news on Ocado is a boost, given that M&S was previously doomed and now has a strong chance of staying in the game.

All retailers are desperate to diversify to survive the discounter threat. Standing still means going backwards, and M&S is no different.

Analysts might very well contrast misaligned basket size, but that will not cause many Ocado shoppers to switch to Waitrose.com.

The food quality aligns, and there is a lot of switching between Waitrose and M&S, M&S taking the top-up shop and Waitrose the main shop. Online, click familiarity and saved baskets give a stickiness for users who won’t see any difference in the Ocado interface. Most significantly, the service advantage with the Ocado drivers – who are all a step ahead of their delivery rivals for helpfulness and communication – will hold the loyalty strong.

Did Steve Rowe even have a choice?

The food side of M&S has improved since the days when your mum went there on a Saturday afternoon and, seeing it was out of bread, blamed herself for getting there too late. It has done well to maintain quality and still has huge equity in that, but it’s eroding as the M&S generation dies off, and it doesn’t have a monopoly on quality any more since advances in top tier labels like Finest and Taste the Difference. Add on the decline in the high street and it’s like watching the M&S death by a thousand cuts.

Rowe had no choice. This move is a perfect roll of the dice whether it works or not. You can’t play safe in this market and hats off to him for having a go. If you want to place a bet on it working, there are about four betting shops next door to your local M&S.