Branding must move on from cultural appropriation tropes 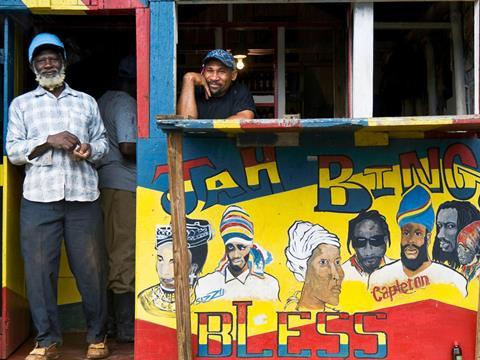 Jah is first and foremost the way in which Rastafari refer to God, and as many followers don’t drink on religious grounds, it makes for a risky step to appropriate Jah’s name for a rum brand

New brands need to make a splash. But doing so at the expense of others could reduce a brand to a drop in the ocean faster than you can say Twitterstorm.

We live in an age where cultural representation straddles a perilous line between appreciation and appropriation.

We’ve come a long way from the trope which saw soap brand after soap brand flog its wares with an ad showing a person of colour emerge pale-skinned and peachy after lathering up. Despite a slip-up by Dove at the end of last year (its ad appeared to show bodywash users switching races), established fmcg brands have largely been careful not to fall foul of public opinion.

But it remains a minefield.

Remember when Tesco merchandised bacon flavoured Pringles under Eid Mubarak signage in 2015? Despite the crisps being entirely free from pork, it was a cringeworthy gaffe. And who could forget the furore when Pepsi’s advert apparently showed Kendall Jenner resolving tensions between protestors and police with a single can of Pepsi at the height of the Black Lives Matter movement?

The landscape may be slightly different for new brands, which thrive on being edgy and disruptive. Take it too far though, and you risk alienating your audience.

So colour me surprised when rum brand JAH45 launched earlier this month.

The Jamaican distilled rum plays heavily on a proud Jamaican heritage, mentioning Jamaica no fewer than six times on its labelling, though it’s bottled here and designed for a premium UK audience.

The story behind JAH45 is that it draws inspiration from the island’s funk era of the 1950s and ‘60s, with ’45’ referring to the speed of record players. Even ‘Jah’ means Jamaica in island street slang, says the distributor behind the brand.

And therein lies the issue. To me, to the Jamaicans and others of Jamaican heritage I consulted, Jah is first and foremost the way in which Rastafari refer to God.

While Rastafarianism is, for many, inextricably linked with Jamaica, it is less widely known that many followers don’t drink on religious grounds.

It makes for a risky step to appropriate Jah’s name for a rum brand.

When approached, the brand told me that while “it also happens to be the Rastafarian name for God”, it wasn’t an intentional reference as ‘Jah’ was “very commonly used out there” as slang for Jamaica.

Which is fair enough. Except a quick Google search vindicates the world’s three million Rastafari, with all first page results confirming the primary meaning of Jah as the Rastafarian name of God. Any inference this just “happens” to be the case is somewhat galling.

Whatever the intention, there’s a whiff of cultural insensitivity. While appreciating the early ska scene, any name invoking religion is bound to court controversy.

There’s no getting away from calls of cultural appropriation these days. And, unfortunately, it’s not up to brands to decide which side of the line their carefully crafted products will fall. It’s up to those to whom the representations refer.

Offence stems from the privileged profiting from or adopting aspects of a less privileged culture. In the age of information ignorance there is no excuse, though a solution is far from black and white.

The key for many is accuracy and respect, no matter the size of the religion or culture.

I mean, you wouldn’t call your craft beer Bud-dha Light. Would you?