Foundation Earth was our dad Denis Lynn’s final creation. Help us finish what he started

Finnebrogue founder and food entrepreneur Denis Lynn had been working on a major project to create a universal eco-labelling scheme at the time of his death in May. The result of this work is Foundation Earth, a new new non-profit organisation, backed by major retailers and suppliers, which will trial a new labelling scheme from September. Here, Lynn’s daughters talk about their father’s passion for the project and what they hope it will achieve 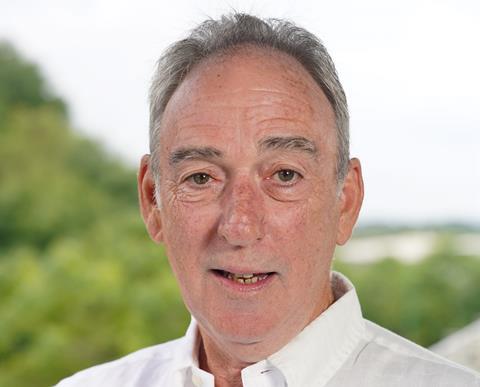 Whatever our dad, Denis Lynn, focused his attention on, he always left it in better shape than he found it.

Venison was too gamey for the retail sector, so he built a state-of-the-art abattoir that merged improved animal welfare with a finer tasting end product. The UK venison market was permanently changed for the better.

Sausages contained too much rubbish, from e-numbers to poor-quality meat cuts, so he developed a whole new way of making them that involved using high-quality ingredients and new technologies that locked in succulence and flavour. The industry changed for good.

Bacon causes cancer? Dad took the carcinogenic nitrites out and mass-produced the first rasher without them. A game-changer for the industry and for the health of the nation – and the birth of Britain’s biggest bacon brand, Naked.

A third of adults want to reduce their meat consumption but don’t want to compromise on taste, health or price? Dad built the largest vegan food production facility in Europe and developed a range of great-tasting imitation meat and vegan products at the same price point, with the same nutritional content as the meat. A win for peoples’ health and the planet.

He was always the man with the solutions, for all of the problems, no matter how intractable they seemed. But over the past five years or so, the biggest challenge of them all became his main focus; how to leave the planet in a better shape than he found it, for his children and his grandchildren, and for all future inhabitants of this Earth.

It was a big one alright. While Finnebrogue continued to make headlines and captivate customers with new products, it kept him busy behind the scenes, trying to figure out how to combine the good intentions of consumers with the reality of competitive industries in a confusing world where making the right choice seems impossible.

Are food miles the problem? Is carbon the main challenge? What about biodiversity loss? After gathering together a group of like-minded people to thrash it out, Foundation Earth was born. An independent non-profit organisation to issue clear and credible eco-scores on food products.

Scores that can’t be spun by companies wanting to get the consumer buck without delivering sustainable innovation. Scores clearly added to food labels so busy consumers can make a more environmentally friendly buying choice. And most importantly, a driver of industry change – where two competing products of the same type can be compared on their sustainability credentials, applying huge pressure on the company whose products score poorly and driving it to up its game in helping the planet.

This was always the most important (and intriguing) bit about our dad. He was more concerned about disrupting the industry and forcing it to do the right thing. Success was when his competitors copied him. That was a job well done, and on to the next thing.

In this way, he has left us with a planet better than he found it. And what’s more, he has given us the vehicle to now deliver the biggest and most important change of them all – building a more sustainable planet by encouraging sustainable innovation in the food industry.

We feel this in our own family. It is the legacy that prevails within Finnebrogue. And when it comes to Foundation Earth, he has laid down the gauntlet to each and every one of you.

Foundation Earth has brought together Europe’s finest food and environmental scientists. It is being backed by global food giants Nestlé and Tyson, by British retailers M&S, Sainsbury’s and the Co-op, by European retailers such as Eroski and major brands like Costa Coffee. The political right and left, London and Brussels, food players large and small. They are all on board. Are you?

Whether you are an industry leader and can take this opportunity to shout to the world about how sustainable you have made your latest product, or you are a busy parent just trying to do your bit with your weekly shop, this is your chance to play your part.

Through our small little actions taken together we can shake up supply chains and drive innovation, for the sake of all our children, grandchildren and our planet. You can help us finish the job our dad started.