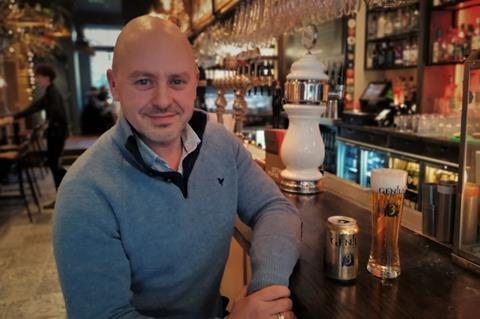 The low and non-alcoholic drinks movement is massive. But drinkers who want to moderate lack clear, consistent information.

Meanwhile, industry faces rules that hinder, rather than help, when it comes to determining the difference between ‘low & no’, ‘alcohol-free’ and lower-abv options like light beers.

Drinkaware defines ‘no alcohol’ as 0.05% abv or less, yet many ‘alcohol-free’ beers are 0.5% – 10 times stronger. For ‘low alcohol’, the Advertising Standards Authority sets a ceiling of 1.2% abv for beer, wine or spirits.

This is shortsighted: to most drinkers, 1% is just like ‘no alcohol’, making ‘low alcohol’ redundant.

In food, ‘low fat’, ‘low sugar’, and ‘low calorie’ are relative definitions. A ‘low fat’ margarine, for instance, must contain at least 30% less fat than the norm. Why must a ‘low alcohol’ Merlot be 90% less abv than a normal 12% Merlot? Why not just 30% less?

The current ASA guidelines don’t take into account that things have changed since the ‘lager lout’ generation of the 1990s. They say: “Marketing communications… must not make any health, fitness or weight-control claims”.

To a point, this is fair. No one is saying alcohol is good for you.

However, all the evidence shows that today’s consumers, on the whole, want less alcohol in their drinks than more. But it is totally reasonable that products should be able to make comparative ‘healthier’ claims to help them make more informed choices.

Take Bud Light, for instance, which has less alcohol and calories than regular Budweiser. Its ads have to use comedy kings who “dilly dilly” rather than positioning the drink as a grown-up, healthier option.

ASA rules also state that “a low-energy claim cannot be made for a liquid containing more than 20kcal/100ml”. But this does not chime with the wider fmcg world.

In reality a 20kcal/100ml beer is extremely low in calories – hardly any modern beers qualify. Compare it to something like orange juice, which often contains more than double the calorie count per 100ml, yet is presented as a ‘healthy start to the day’.

Which now brings us onto an even bigger quandary – ‘light’. In the US, the top three selling beers are all light beers, which freely emphasise lower calories. Yet the ASA guidelines state# “…words such as ‘light’ or ‘lite’ may in context clearly relate only to flavour or colour, and not imply a nutritional benefit from consuming the product”.

‘Light’ is well understood across food and soft drinks. A ‘light’ margarine is not light because of its colour or flavour. Why should alcohol be different? And what defines ‘light flavour’ or ‘light colour’? BrewDog’s Nanny State, for instance, is a richly flavoured, 0.5% ale with very low calories, but it’s too dark and tasty to be called ‘light’.

To qualify as ‘light’, we could employ a ‘30% less than the category norm’ rule, just like in food. For beer, this could be a 3.5% abv ceiling with no more than 30kcal/100ml. The result would make the beer category look a lot like the milk category: skimmed, semi-skimmed or full fat. Simple to navigate.

The push for healthier drinks is no fad. It’s a seismic change in mindset.

Our current industry guidelines are out of date and fail to appreciate that today’s drinkers are looking to moderate rather than obliterate. Consumers need clarity on what ‘no alcohol’ means - and the right to be offered ‘healthier’ option - but it appears the powers that be are yet to see the light.

William Reed - the publisher of The Grocer - has launched a trade show exclusively for the low and non-alcoholic drinks sector, called Low2NoBev. For more information visit www.low2nobev.com.