Time out gives you perspective and space to breathe 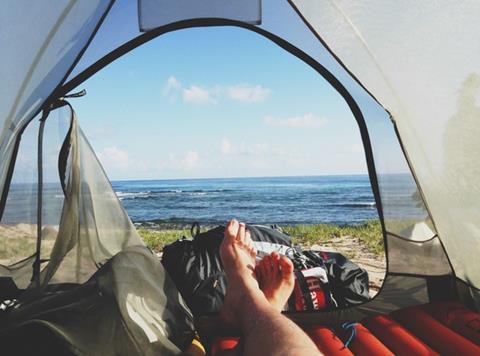 ’Living in a permanent whirl of decision-making and getting stuff done has consequences. For one week of the year, I only have to answer to myself.’

I spent last week making rather second-rate rush mats and baskets by day, and camping by night. It’s not the obvious recipe for one of the most satisfying and inspiring weeks of the year, but that’s truly what it was. And it has been for the past five years of my life.

If there was one thing I could change about myself it would be to be more dexterous. My handwriting is rubbish; tying knots and sewing are a lost cause. So when it comes to crafts, whether it’s rush basketry, felting or copper work, I am bound to be the slowest and least accomplished person in any group.

It is hugely frustrating to see others turning out flatter, neater mats faster than I can, but I wonder if being rubbish is part of the enjoyment. For one week of the year, I only have to answer to myself. I don’t have to provide any answers or offer solutions. I can be that student who is always asking questions, and there are no consequences. I spend most of the week in a confused state of frustration and liberation - frustrated at my incompetence and liberated by it not mattering to anyone except me.

At some point, liberation takes over. And I am proud of my slightly wonky baskets (I am also still wildly jealous of the beautiful hat that someone barely out of childhood made, but I think you would be too).

What I have come to realise is that this one week of living outdoors, being fed and spending the days making things, with no particular rush to do anything, and no consequences, is the opposite of how I spend the other 51 weeks of the year. These are consumed by thinking about what might happen, how things might be perceived, how people might feel about something, and whether something will work. It’s a permanent whirl of decision-making and getting stuff done. And all of this has consequences, for both myself and for the people around me, whether that’s work colleagues or family.

Perhaps if I had any talent I’d be tempted to run away and join the crafters. I suspect that I wouldn’t because I love what I do, and that one week a year doing the opposite makes me appreciate what I do and what I’m good at. Which is not making hats.