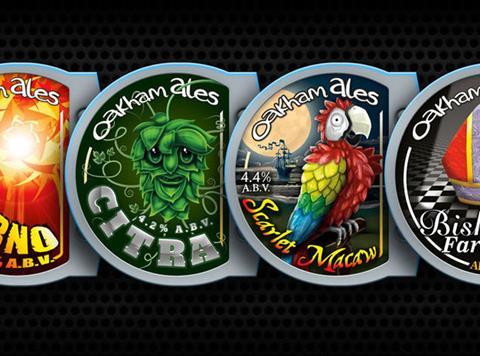 Peterborough’s Oakham Ales is aiming to grow its presence in London with the appointment of its first dedicated area sales manager for the capital.

Jonathan Shaw, who started in the role this week, is the latest in a series of recent hires that have taken the brewery’s head office team to 44. Others include operations manager Neil Galloway, drayman Steve Corry, and former apprentice Talia Karim, who last week became a full-time sales support assistant.

Oakham said the appointment of Shaw would support its current distribution routes into London, adding it was also directly supplying the area for the first time.

“With the continuing success of our core range and plans to expand our keg line-up for 2016, we wanted to ensure that all areas of the business had the additional support necessary to ensure that we are able to continue to deliver the high level of service that our customers have come to expect from us,” said MD Adrian Posnett.

Oakham’s beers are listed by retailers including Tesco, Morrisons, Waitrose and Ocado.