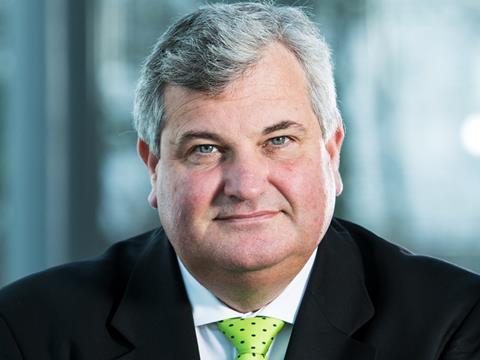 Lord Price took over the role in June 2016

Former Waitrose boss Mark Price has stepped down from his position as international trade minister after just a year in the role, saying he wanted to pursue “business and writing interests”.

Greg Hands, current minister of state for trade and investment, would take overall responsibility for the trade policy portfolio, including taking the Trade Bill through the House of Commons, the government said.

Price left Waitrose in April 2016 after a 33-year career with the supermarket, to be replaced as managing director by then retail director Rob Collins.

He lost out in the race to become the chairman of Channel 4 when he was pipped to the post by EasyJet deputy chairman Charles Gurassa.

“Lord Price’s hard work and dedication have played a vital part in developing new and existing trade relationships - meeting with more than 75 ministers from overseas countries and hundreds of business leaders from across the world. I know that everyone at DIT would want to extend their thanks to him and wish him the best for his future endeavours,” said international trade secretary Liam Fox.

Price said: “It has been an honour to serve as minister for trade and investment and then trade policy following the EU referendum.

“Having visited 35 countries since then I am certain that there is a huge appetite to build new and develop existing trade agreements with the UK. The trade policy team is well prepared for that work and I wish them every success.

“I previously said I would be working within government for a time-limited period, and will now be leaving to pursue my wider business and writing interests, while continuing to advocate the UK’s global trade ambitions.”