Morrisons CEO to step down as supermarket announces closures 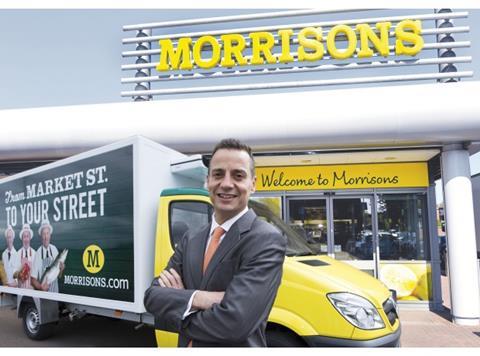 The board of Morrisons has decided that chief executive Dalton Philips is no longer the man to lead the company and has begun the search for a replacement. The supermarket chain also announced plans to close 10 unprofitable stores this year.

The company said today that Philips, who has been CEO for five years, has agreed to continue in his role until the year-end results in March to ensure a smooth transition.

Andrew Higginson, who was due to take over as chairman from the retiring Sir Ian Gibson later his year, will now do so a few months earlier – following the forthcoming board meeting on 22 January.

Higginson said he would not be taking on an executive chairman role and that Philips would continue to lead the business until March. Should a replacement not be found by then, Morrisons would look at interim options.

“In the next chapter of Morrisons’ development, we need to return the business to growth. The board believes this is best done under new leadership. I would like to thank Dalton for his contribution as CEO,” said Higginson.

“He has brought great personal qualities and values to his leadership of the business, having had to manage against a background of considerable industry turmoil and change. He deserves particular credit for facing into and dealing with the pricing issues that have now become evident, for taking the business into the convenience and online channels, and for the steps he has taken to modernise the company’s operating systems. We wish him well for the future.”

Philips did little to hide his disappointment with a decision he said was only finalised yesterday evening.

“I’m sad to be leaving but when the board wants to make a change you accept that and move on,” he said.

“Morrisons is a great company with exceptionally talented people and I have been very proud to have worked with them. Over the last five years, we have made many improvements in the business and given Morrisons strong foundations for the future. I wish every success to the company and all of my colleagues, who have, and continue to work so hard.”

Speaking about Philips’ potential successor, Higginson suggested it was unlikely to be an internal candidate. He said the most obvious of those was group CFO Trevor Strain but that as he was only two years into his role and six months into his current project to transform the cost structure of the business, that the timing was not right for him to step up.

The news came as Morrisons announced like-for-like sales, excluding fuel down, 3.1% for the six weeks to 4 January.