Head of brand at Gü Puds, on Linford Christie, needles and being surrounded by sweet treats 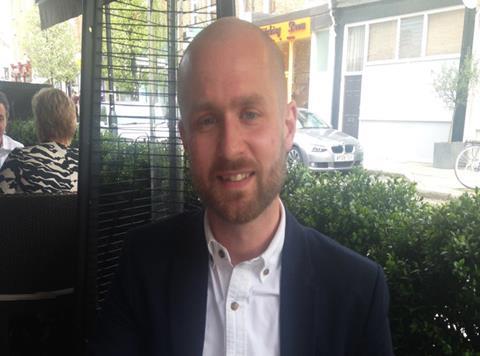 What was your first-ever job? Working at the fish & chip shop in the village where I grew up. Dealing with all those hungry people is one of the trickiest tasks I’ve had.

What’s been your worst job interview? An interview with Woolworths for a job as a sales assistant. I remember being pretty blasé about the whole thing - two hours later I was still there doing maths and English tests.

What was the first music single you bought? Linford Christie - Keep on Running. Shocking.

How do you describe your job to your mates? I work in a world surrounded by sweet treats. It’s an amazing buzz to work on a brand that’s so well-loved.

What is the most rewarding part of your job? Working with such a determined and passionate group of people.

What is the least rewarding part? Having to try 10 versions of the same product. Delicious the first few times, but the last few aren’t so enjoyable.

What is your motto in life? Work hard and be nice to people. Hard work is vital to achieving great things, being nice to people helps you achieve something even greater.

If you were allowed one dream perk, what would it be? Assuming I somehow managed to convince my bosses it’s essential to sponsor an F1 team… that I had to attend all the races.

Do you have any phobias? I’m terrified of needles. I’ve fainted more than once at the GP.

If you could change one thing in grocery, what would it be? The high dependency on price promotions. I think any effort to deliver growth through other means is admirable.

What luxury would you have on a desert island? My running shoes.

What animal most reflects your personality? My mates would say a meerkat. Lots of energy and unable to sit still.

What’s your favourite film and why? Ferris Bueller’s Day Off. I love the confidence of the guy.

What has been the most embarrassing moment in your life? Fainting in the playground after one of those mandatory injections. I was holding hands with a girl I was going out with from the year above at the time.

Which celebrity would you most like to work with? Ryan Gosling. He comes across as the coolest guy on the planet.