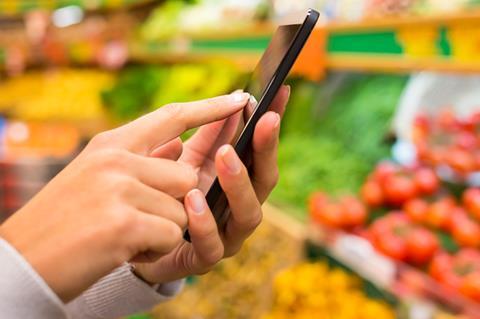 Industry leaders have warned the government’s new ‘test, track and trace’ programme risks wreaking havoc in supermarkets and factories unless safeguards are programmed in to prevent mass quarantining of key workers.

Rollout of the new app, which has begun with a trial in the Isle of Wight, is seen as a major plank in the government’s strategy to gradually lift the nationwide lockdown.

The technology will alert those who need to go into self-isolation, by tracing people who have had significant contacts with other app users reporting symptoms of the virus.

However, this week industry leaders called on ministers to ensure the rollout of the programme took into account the large number of encounters likely with supermarket staff, as well as the specific measures brought in to safeguard them, such as social distancing and Perspex screens installed at checkouts.

There are fears if supermarkets become identified as “hotspots” it could have major unintended consequences for staffing levels and shopper confidence.

The BRC told The Grocer it wanted to ensure the app would not lead to staff being unnecessarily advised to self-isolate, which could lead to a new wave of mass absenteeism, just as rates had fallen back into single figures.

“This is a really live issue,” said BRC director of food policy Andrew Opie. “The issue we have is that supermarket workers, by the nature of their job, will be coming into contact with thousands of people. It is possible they will get alerts and be advised to self-isolate. We are looking for clarity to ensure that this procedure is not too blunt a tool which ignores the enormous efforts supermarkets have made to make the environment as safe as possible for staff and workers.

“The point we are making is that supermarkets have screens in place and PPE offered to staff as measures that are there to protect and reassure staff.”

A supplier source warned the app could also cause issues in food factories, where it is common practice for staff to leave their phones in lockers.

“We need to be careful we don’t have 100 mobile phones all within two metres, which then causes a whole factory to unnecessarily have to shut down.”

Another source involved in the talks said: “The government needs to consider the food industry’s needs, both retailers and manufacturers, during this trial, as it will lead to mass absences in the workplace where staff work in close proximity. This could set the restart back hugely.”

Prime minister Boris Johnson is due to outline his plans for easing the lockdown at the weekend, including recommended procedures for factories and stores, such as the mass adoption of social distancing already used in supermarkets and recommendations on PPE for workers.

One senior industry source said: “Whilst the industry is of course as keen as everyone for the nation to come out of lockdown, it’s vital that none of those measures prejudice the great work companies have done in keeping the wheels turning.”