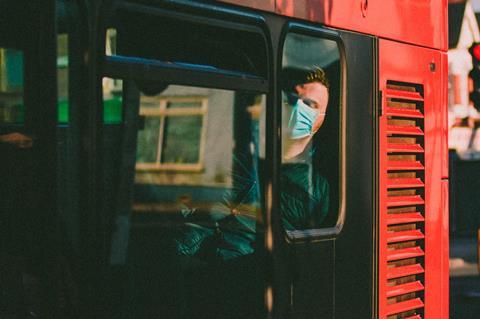 Food workers have been subjected to fear and confusion because of “unbelievable” delays in government advice over face masks and safety procedures, MPs have been told.

A raft of industry leaders this week slammed the Cabinet and Public Health England for reneging on promises to provide clear advice on personal protective equipment.

MPs on the Environment, Food and Rural Affairs Committee also heard yesterday how industry workers had suffered from severe shortages of face masks. In many cases, workers taking part in the government’s coronavirus screening process had been made to wait for up to 10 days for test results supposed to be turned around in 48 hours, they were also told.

The revelations over safety came as MPs raised fears that food workers allowed to carry on working during lockdown were much more likely to have come into contact with the virus.

Responding to the claim, FDF CEO Ian Wright said: “The ONS figures on the number of reported deaths due to Covid-19 [in the industry] is really quite small, when you consider that 500,000 workers have been going in seven days a week.

“It’s quite encouraging that we’ve not seen big infection rates but there have been some notable hotspots.”

Wright went on to slam delays in the advice given to companies.

“Trying to get hold of face coverings, or masks, and a lack of equipment has been a major issue through all of this,” he said, “The issue of guidance on masks has been a real concern for all our members and everyone in the industry.”

After weeks of speculation, the government last week advised members of the public to wear masks in confined spaces and public transport but the sort of face coverings recommended fall well below food safety factory demands.

“We have a situation were the public are advised to wear face coverings but they are not advised for food manufacturing plants,” said Wright.

Nick Allen, CEO of the British Meat Producers Association, said there had been a “lack of clarity” in advice on face masks from PHE, even though the issue had been raised every day in high-level talks with ministers.

“There was one week where every day we were assured the information we needed would be with us by the end of the day.

“But it took until well into the following week for the advice to come out and when it was it was still unclear and vague”.

Wright said delays within Cabinet and the slowness of talks between the devolved governments had also contributed to delays in PPE advice for the industry.

“Most of the delays weren’t down to PHE,” he said. “They were down to the rest of government having to get aligned with it. We were told on a couple of occasions that the guidance had been provided by PHE but had been held up by the Cabinet Office.

“I suspect Michael Gove and crew would have wanted that out as quickly as possible but I don’t think the machinery of government was set up to provide quick advice.”

Meanwhile the industry heads also hit out at the delays facing key food workers in the industry in getting the results of tests under the government screening programme.

Allen said: “At the start the problem was people struggling to get on to the portal but the problem now is the delay in getting the test back. I’ve been told it’s been taking six days, sometimes more.

Wright said the delays were so bad they undermined the usefulness of the whole programme.

“We have had 10 days as a relatively regular occurrence in some geographical locations. When you are getting results back in 10 days, the status of that person may have changed.”