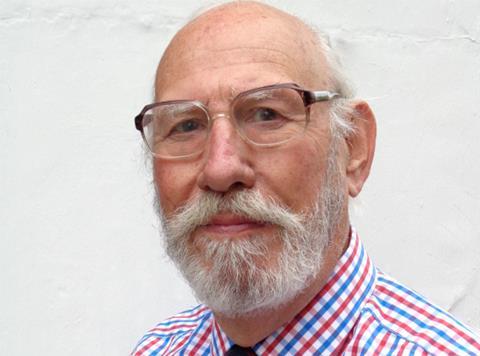 David Shapley, a former fresh produce editor of The Grocer, has died aged 77 after a short illness.

Born in Walton-on-Thames in 1938, Shapley spent his National Service with the East Surrey Regiment, with spells in Kenya during the Mau Mau Uprising, and tours of the Middle East and Malta.

Soon after leaving the army he joined his father Bill Stanford at industry magazine the Fruit Trades Journal (now known as the Fresh Produce Journal) and embarked on a career that saw him become one of the central characters in the British fruit and veg industry for more than 50 years.

Shapley spent almost 30 years at FTJ publisher Lockwood Press - and rose from the position of junior journalist to managing editor of the company’s titles.

He joined The Grocer in the late 1980s and was credited with transforming its coverage of the fresh produce sector as supermarkets expanded their presence in fruit & veg and changed the face of the industry.

On his departure from the coalface at The Grocer, Shapley became a freelance consultant journalist as well as representing several high profile clients.

He also continued to write prolifically for publications including The Grocer, Fresh Produce Journal, International Fruit World, Eurofruit, and several British grower-facing titles, and was a consultant to The London Produce Show and Conference.

Shapley also sat on several industry boards and representative bodies throughout his career, including the Processing & Packaging Machinery Trade Association and Fresh Fruit & Vegetable Information Bureau, and was a Liveryman of the Worshipful Company of Fruiterers. His work was further recognised with awards from the French and Spanish governments.

The father of two was married to his wife Rosemary for 53 years, and had four grandchildren. Details of his funeral will be made available in the next few days. If anyone would like to make contact with the family, please email his son Giles - giles@theorganisers.com.