Gangmasters Licensing Authority to join Theresa May on anti-slavery taskforce 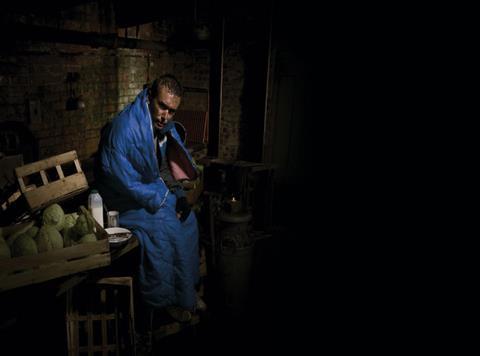 GLA chief executive Paul Broadbent will now sit alongside Theresa May on the taskforce, which is expected to meet for the first time next month.

“I am truly honoured to be able to take a seat on such a prestigious taskforce and look forward to contributing towards tackling this deplorable activity by bringing all the experience gained by the GLA in a decade of fighting against worker exploitation,” Broadbent said.

Labour providers must have a GLA licence if they supply workers to the agriculture, horticulture, shellfish gathering or associated processing and packaging sectors.

Since 2008, investigations by the GLA have led to 75 offenders being successfully prosecuted.

The prime minister’s taskforce was announced in August when she described modern slavery as “the great human rights issue of our time”. She promised to personally drive the battle to end the “barbaric evil” of slavery, which includes human trafficking, forced labour and sexual abuse - with up to 13,000 victims in the UK and 45 million across the globe.

Bringing the GLA on board adds to the intelligence and policing expertise on the taskforce, which now includes the heads of MI5, MI6 and GCHQ, the Metropolitan Police commissioner, the head of Europol and secretary general of Interpol.

The taskforce’s remit is fourfold: to bring the level of resources to tackle slavery in line with those for other organised crimes; to improve police awareness of slavery issues and improve investigations; to improve prosecutions; and to improve international cooperation.

A year ago, the prime minister also introduced the Modern Slavery Act, which requires all companies with turnovers of £36m or more to publish annual statements on what they are doing to prevent modern slavery occurring in their supply chains.

Her commitment was also reinforced again yesterday (Tuesday 20 September) when she addressed the UN General Assembly in New York and sought to galvanise international action.

“Just as the criminals cross borders, so we need a radical new approach that crosses borders - sharing intelligence and joining up investigations,” the prime minister said.

“This is standard in the case of drugs trafficking and the trade in illegal firearms and there is no excuse for our law enforcement authorities failing to do this when it comes to modern slavery.

“We owe it to the innocent men, women and children who are being tricked into a life of hard labour and abuse to rid our world of this evil.”

May argued for the development by all countries of a model national response, which would include tackling transparency in supply chains.