Greencore head of UK grocery steps up as new CFO 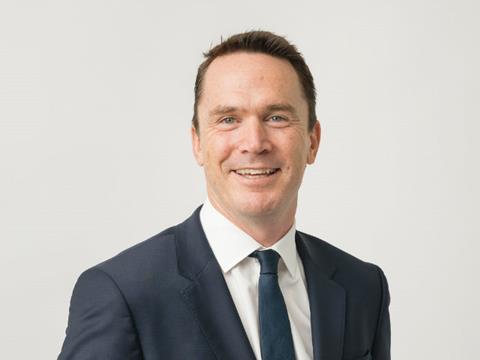 Eoin Tonge, currently managing director of the grocery division in the UK, will start in his new role on 3 October as Williams leaves the food-to-go and ready meal supplier after six years to become CFO at listed builders’ merchant Travis Perkins.

Tonge joined Greencore in early 2006 as group capital markets director, with responsibility for treasury, investor relations and communications. He was promoted to group strategy and corporate development director in 2009.

Nigel Blakey will take charge of the Greencore’s UK grocery arm from Tonge, who has been in the position since 2014. Blakey is currently FD at the division.

Greencore CEO Patrick Coveney said: “We are delighted to welcome Eoin to the board of Greencore and to the role of CFO. In addition to his strong operational leadership of our grocery division, Eoin has played a critical role in shaping our group’s food-to-go strategy, led the delivery of the Uniq acquisition, executed several key acquisitions in the US, and spent nearly four years as a leader in our central finance team.”

Williams will step down as CFO on 3 October but continue to work Tonge and the wider Greencore management team until the end of 2016.

“We would like to thank Alan for his outstanding contribution to the growth and success of Greencore since he joined us in 2011,” Coveney added. “His judgement, financial expertise, professionalism, integrity and commitment have made him a valued colleague during his time here. We are sorry to see him go but wish him well as he takes on an exciting new opportunity.”

Tonge has been a member of the Greencore executive board since its inception in 2012. He also worked for Goldman Sachs from 1994 to 2005, holding a variety of finance, treasury and capital market roles in London, Hong Kong and New York.