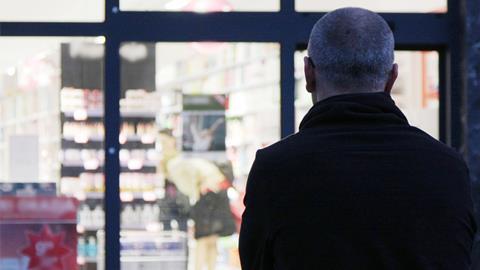 Is violence against UK shopworkers getting worse in the pandemic?

The Co-op has announced it will supply frontline staff at 250 stores with body-worn cameras in response to a “crime and violence epidemic” in retail. So just how serious is the problem of shopworker abuse? Has coronavirus made it worse? And what is the government planning to do about it?

Violence and abuse against retail workers was already a serious and growing problem ahead of the coronavirus pandemic.

In March, the BRC retail crime survey revealed incidents of violence and abuse against shopworkers rose to 424 per day in the period from 1 April 2018 to 31 March 2019, up 9% from the previous year.  The increased use of weapons, particularly knives, remained “a worrying trend”, the BRC said.

That same month, the ACS 2020 Crime Report found 83% of people who worked in the convenience sector had been subjected to verbal abuse over the past year, with an estimated 50,000 incidents of violence, a quarter of which resulted in injury.

Worryingly, it found almost 10,000 of the reported attacks in convenience involved some sort of weapon – with 43% of those involving a knife while 5% involved a firearm. Attacks with axes, hammers and syringes were also reported.

And the pandemic has made things significantly worse.

In April, a survey by trade union Usdaw found abuse and violence towards shopworkers had doubled since coronavirus hit the UK in March. Respondents reported being spat at, coughed at and sneezed at when asking customers to practise social distancing, as well as being pushed and verbally abused when trying to enforce buying limits on in-demand products.

On average UK retail staff had been verbally abused, threatened or assaulted every week during the crisis, compared with once a fortnight for 2019, Usdaw found. One in six reported being abused on every shift.

Well over half (62%) of almost 5,000 workers surveyed said they had experienced verbal abuse since 14 March, while almost a third had been threatened by a customer and 4% had been assaulted.

When averaged across all three million workers in the sector, that amounted to more than 3,500 assaults every day over a 34-day period, Usdaw said.

The Co-op, meanwhile, says attacks in its stores have surged 140% year on year, with 1,350 attacks suffered by Co-op shopworkers by the middle of June.

The government has now set out plans to crack down on abuse and violence in shops. These include working with the National Retail Crime Steering Group (NRCSG) on a best-practice guide to support staff in reporting these crimes, strengthening and making full use of existing laws, and improving data sharing between businesses and the police.

However, there are concerns the measures will not be enough. The BRC and Association of Convenience Stores have both criticised the Home Office for not seeking to introduce a specific offence for attacking shopworkers. “Warm words and working groups are not enough; we need tougher penalties for attacks on shopworkers and more police resource to stamp out violence,” said ACS CEO James Lowman.

The Co-op and Usdaw have also insisted more needs to be done to protect shopworkers in carrying out their duties. They are backing MP Alex Norris’ Assault on Shop Workers Bill, which would make certain offences – including malicious wounding, grievous or actual bodily harm and common assault – aggravated when perpetrated against a retail worker in their course of employment, thus introducing harsher penalties.

However, the bill has had its second reading in parliament postponed until September.

In the meantime, the onus is on supermarkets and store owners to protect their staff – meaning we could see more technology such as the Co-op’s new cameras rolled out across the retail sector in months to come.