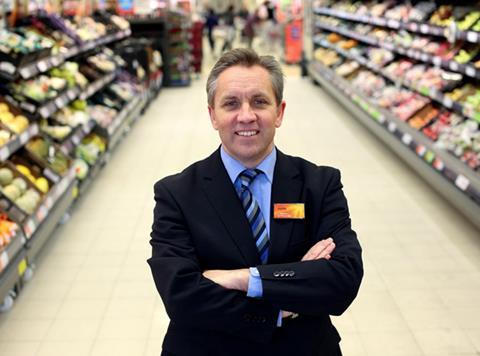 Speaking to the BBC, King, who left Sainsbury’s in July after 10 years at the helm, said: “It is more expensive to do business in Scotland today. Business rates are higher, distribution costs are higher.

“If Scotland was to be an independent country, with businesses run separately in Scotland - as inevitably will be the case - prices would be higher.”

Scottish food producers could also be affected because shoppers like to buy British goods, King said.

“In many supermarkets, customers today express a preference for their beef to come from the UK, and if Scotland’s not part of the UK, I could see that having an impact on their sales of products like that,” he added. “Scottish salmon producers will find themselves competing with Norway salmon producers.”

He also told the BBC that supermarkets had held back on investing in new stores in Scotland because of the referendum.

“When you invest in a shop you’ve got to take a 25-year view. That’s been almost impossible for the last couple of years - and probably for the next couple of years too, until we are clear what the tax-and-spend regime is going to look like,” King said.

“I don’t think we are going to see a supermarket - and retailers more generally - rushing to invest until they can have really good long-term line of sight.”

“It will be no surprise to voters that, if Scotland votes for independence, it would be imperative to establish a separate Scottish business,” Clarke said.

“Currently, our systems are set up for one single UK market, we use the same currency and we operate under the same rates of VAT. By operating in a market serving 63 million customers we achieve major efficiencies and economies of scale.

“If we were no longer to operate in one state with one market and – broadly – one set of rules, our business model would inevitably become more complex. We would have to reflect our cost to operate here.”