Not even Brexit can hamper optimism of Ewan Venters 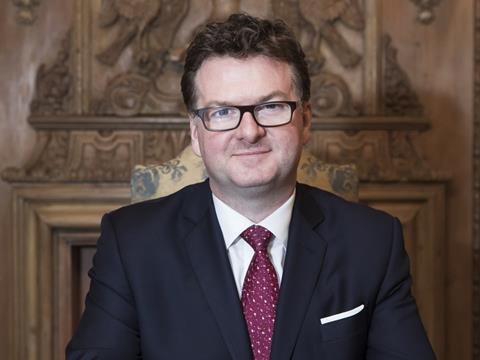 World events have kept Ewan Venters on his toes since he took over as CEO of Fortnum & Mason. At the time of his appointment in summer 2012, London was the centre of the world stage as it prepared to host the Olympics. Today, there are fears the UK will fade into irrelevance among the international community following the Brexit vote.

This is undeniably a worry for a brand that attracts such a large overseas following. But Venters stresses he is a “complete optimist”. The crowds filling every corner of the store - even on a weekday - tell him he is “in for a good Christmas”. And despite Aldi’s copycat Christmas hampers, sales are up 20% on last year.

That’s not to say he is short of opinions on the state of British retail. Here are five key observations.

Like many retail chiefs, Venters has avoided giving his opinion on Britain leaving the EU. But his choice of words suggest a definite unease about the decision. “Whenever I travel the world, people find it odd that Brexit happened. Nice sensible people say, ‘What happened?’”

Still, he remains confident Fortnum can cope with whatever challenges come its way. “Whatever Brexit means, we just have to get on with it. Single market or not, we are in a great place to make the most of it and I think businesses generally should just accept that was the outcome. Clearly everybody has to get down to hard work and get on and trade.”

2. …but it hasn’t dampened interest in British food and drink

Despite fears of a backlash against all things British, interest in UK food and drink is currently at a “very high point”, says Venters. He cites the popularity of a Fortnum & Mason cookbook signing in Hong Kong - a “tough” market to crack. “There were over 200 people waiting for Tom Parker Bowles to sign the book,” he reports. “There’s this fascination with Fortnum and Britishness.”

While the supermarkets have remained coy over the impact of Brexit on prices, Venters is clear they will only go one way: up. “There isn’t a supplier who hasn’t already asked for an increase,” he reveals. “It’s typically between 5% and 10%, and nothing north of 10%.” Many believe Fortnum’s emphasis on British produce will protect it from the effects of a weakened pound, but Venters stresses “every British supplier is affected by foreign currency”. “While the produce might be developed and grown in the UK, typically the packaging will come from China or somewhere else in the world. So there’s no way of avoiding there will be increases starting to come through.” However, Venters is keen to point out that Fortnum customers are “every bit as price-sensitive” as run-of-the-mill supermarket customers, so it will try to absorb hikes wherever possible.

4. Black Friday isn’t on the cards

Attracting more UK customers has been a key goal for Venters. So far, his strategy seems to have worked - domestic customers now account for 60% of all sales (as opposed to 40% before he took over) and Fortnum has just announced a third year of record-breaking sales and profits. But Venters is determined not to pursue UK custom at all costs. Participating in traffic-driving Black Friday deals was never an option and he says he is willing to stick to his guns - even if it means missing out on sales. “Store sales were up 18% on the day and we had no discount, but web business was flat so we must have taken a hit in terms of online activity that day.”

The government’s new business rates system will land Fortnum with a 45% increase in its bill that will run into “hundreds of thousands”, Venters reveals. He is highly critical of the plans, which will primarily hit Londoners with hefty increases. “I know the old system was probably unfair but I think the government has got it wrong,” he argues. Of particular concern is the impact on the small independent shops that characterise West London. “They are going to have an incredibly tough time when these bills really hit home,” he says. Venters believes some will inevitably fold, but hopes the majority remain. “It would be a very sad place if we lost them.”