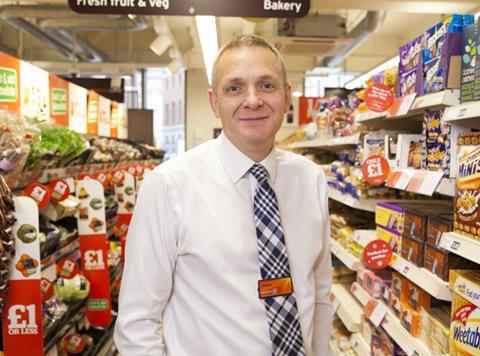 Poundland has snapped up Simon Twigger, the former boss of Sainsbury’s convenience stores.

Twigger, who has been on gardening leave from Sainsbury’s for the past few months, will join the single price discounter as trading director in September.

He left Sainsbury’s in the wake of the group’s merging of its supermarkets, convenience and logistics teams under the leadership of retail and operations director Roger Burnley.

Twigger became managing director of convenience stores at Sainsbury’s in 2012.

He was previously business unit director – fresh foods for four years and between 2004 and 2008 held the same role in dairy and convenience foods.

He worked at Safeway for six years as commercial director - trading from 1998 and held previous roles at Britvic Soft Drinks, Dairy Crest Foods and Dalgety Agriculture.

Twigger has also been a prolific charity fundraiser through his activities as trustees of both Grocery Aid and the IGD.

Twigger is this second high profile Sainsbury’s executive to land a new role within grocery in last couple of weeks. It was announced on 25 June that business development director Helen Buck was leaving the retailer after 10 years to take up the position of chief operating officer at Palmer & Harvey.