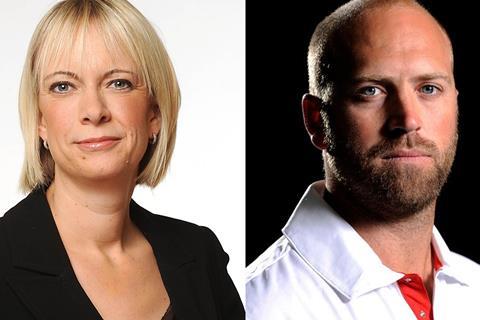 Prior, who is also founder and chairman of sports nutrition brand OnePro, will share some lessons that can be learned from the pursuit of excellence, leadership and management. He will also talk about what led him to develop his brand.

Meanwhile, Ball will be speaking about Sky Ocean Rescue – Sky’s new campaign, which aims to protect the health of our oceans. Sky says it wants to take an industry lead by being single-use plastic free in its operations, products and supply chain by 2020.

Prior has 79 England Test caps, was part of the England team that won three Ashes series at home and away, and was also a member of the number one ranked test side in the world in 2011. Since being forced to retire early through an achilles heel injury in 2014, he has set about forming the OnePro Group, starting with the creation of OnePro Cycling and now OnePro Nutrition.

Ball joined Sky in 2005 and leads the group’s work on the environment, child safety, access services and responsible sourcing. She was responsible for Sky Rainforest Rescue – the organisation’s six-year campaign and partnership with WWF to inspire customers to get involved and help save one billion trees in the Amazon rainforest.

The annual Leadership Symposium attracts senior delegates from the food, drink and grocery retail industry and more than 100 state school sixth formers. This year, it will take place on 7 November.

All proceeds will go to charities GroceryAid and Working Options in Education.