2
The levelling up ‘missions’ involving food 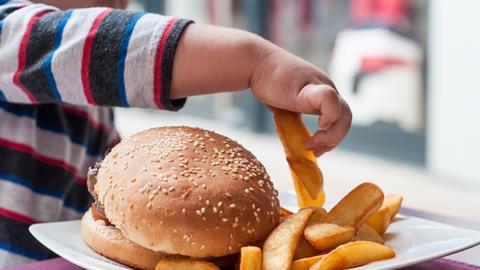 The levelling up ‘missions’ involving food

The levelling up agenda is based on 12 core ‘missions’ to be achieved by 2030. Five are particularly relevant to food, though as the Food Foundation points out, they will “be impossible without ambitious action to improve the food system”

Health: Regional health inequalities came under the spotlight in the Levelling Up white paper, which pledged to “act now to deal with one of the biggest contributors to ill health: poor diet and obesity.” It committed to taking forward recommendations from Henry Dimbleby’s National Food Strategy, including piloting Community Eatwell and a “school cooking revolution”. The Food Foundation welcomed the proposals, but argued “these changes alone are of nowhere near the scale that is required to significantly shift outcomes”.

Wellbeing: Wellbeing is one of the key missions in the levelling up strategy, yet food “does not seem to feature strongly” here, points out the Food Foundation. This is an oversight, it argues, for food insecurity negatively affects education, physical and mental health, and in children it is associated with poorer scores on happiness and life satisfaction. As a result, the Food Foundation is pushing for a reduction in food insecurity to be included as a core metric of success in the mission.

Skills: The food industry could get a boost if the government hits its target to have 200,000 more people successfully completing high-quality skills training in England each year by 2030, plus 80,000 more people completing courses in the lowest-skilled areas. As part of the reforms, the government aims to put local employers at the heart of skills provision. The Department for Education’s ‘Unit for Future Skills’ project, launched last month, should help build a national picture of exactly what is needed and where.

Pride in place: By 2030, the government wants pride in place – satisfaction with town centres, for example, or engagement in local culture – to have risen in every area of the UK. A strong local food culture could play a central role in this, suggests the Food Foundation, whether it’s boosting the amount of local produce in school meals or cutting down the high density of fast food outlets in deprived areas. For now, however, “this potential is currently overlooked in the white paper”, it argues.

Living standards: If the food industry wants to help the government hit its target for “pay, employment and productivity” to have risen in every area of the UK by 2030, then it must work to address the low pay that still exists in parts of its own ranks. “All food companies need to be really thinking about how they pay their staff,” says Anna Taylor, executive director at the Food Foundation. “We know there’s a lot of very low pay in the food industry and we have many people working in food businesses who are going to food banks.”