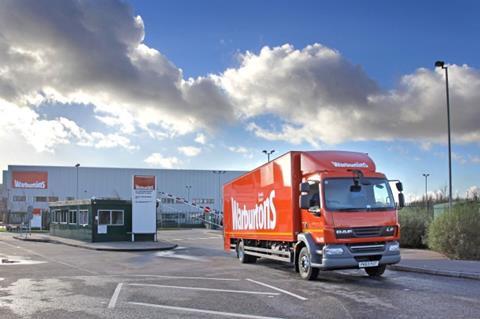 Warburtons is recruiting for 36 distribution roles at its new Bognor Regis depot.

The 35,000 sq ft distribution site, which opened yesterday, will operate 24 hours a day.

It will allow Warburtons to deliver approximately 170,000 products to stores across the country within 12 hours every day, 364 days a year, it said.

The 36 new roles will help it develop a team of 108, which will support the depot’s operation.

The Bognor Regis depot would “lay down a solid platform for the future of Warburtons, enhancing its distribution capability, enable it to meet consumer demand and ensure it can successfully deliver its strategic customer partnerships”, said the baker.

The investment would ensure the business continued to deliver fresh products that meet “the nation’s ever-changing tastes”, it said.

It will also see new sites developed in Banbury and Widnes, as well as site expansions at Newton Abbot, Port Talbot, Blackpool and Bristol.

In May, the baker unveiled plans to close its Speke, Waterlooville and Buckingham sites, which had been temporary solutions to provide additional capacity before the new depots at Widnes, Bognor Regis and Banbury were completed, it said.

The move would play “a critical role in ensuring we can further support our customers and get bakery to store as fresh as possible each day”, said Warburtons chairman Jonathan Warburton.

It follows reports of the baker struggling to keep up with local deliveries amid the national driver shortage.

Last month, a spokesman for Warburtons told The Grocer it was struggling to keep up with local deliveries “due to the rise in community infection rates of Covid-19 and the knock-on effect that has with more people having to self-isolate”.