What did Ronny Gottschlich do wrong? And how will Lidl UK be affected? 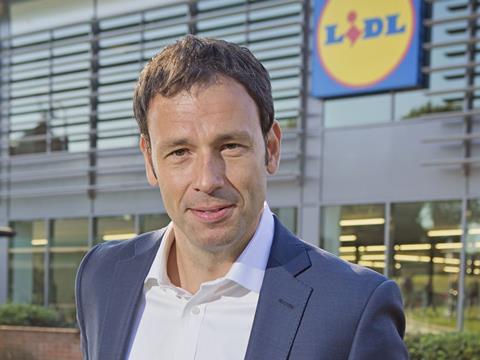 The sudden nature of the move last week - and apparent lack of reason, given Lidl’s strong performance under his tenure - prompted widespread speculation. Was he moving to a competitor? Or had the self-confessed Anglophile (he even signed up Lidl as a sponsor of the England football team) taken things too far?

According to a well-placed source, the truth was more complicated - but essentially it involved a personality clash with his new boss, Daniel Marasch.

Marasch, who spent five years running Lidl’s Italian operation, was promoted to vorstand lander (executive board member) at Lidl International last autumn (following a brief spell at Lidl Germany) with responsibility for the UK, Ireland, Sweden, Finland and Denmark. And the source claims he’s introduced a much more strict culture, resulting in three of his reports - in Sweden, Denmark and now the UK - either leaving or being demoted.

Lidl declined to comment on the reasons for the change of leadership, insisting only - in a hasty revision to the press release - that the arrangement was “amicable”.

But “Marasch has very clear ideas how his business should be run,” he says. “It’s less about performance and more of a personality clash.”

An article in The Guardian suggested Gottschlich’s policies were “radically different in culture to the parent group”. A particular bone of contention was his focus on marketing and PR, as well as extra staff benefits, including the national living wage and staff discounts, the newspaper’s source claimed.

Milos Ryba, head of discount at IGD, agrees Lidl UK was “more advanced” than the rest of the group in terms of marketing. And it may have created tension with head office.

That theory certainly strikes a chord with former Aldi UK CEO Paul Foley. He believes Gottschlich did a “fabulous job” at Lidl. But wavering from the modus operandi is dangerous. “These businesses like Lidl, McDonald’s, Aldi and Apple are very formulaic. They don’t actually change dramatically from one country to another.” And that can create tension.

“On one hand retailing is consistently moving and customers are demanding more and more and if you stand still in retailing it doesn’t take long before you’re swept up by bigger and better operations. So you need people who are consistently thinking about tomorrow,” he says. “But that runs a little bit against a formulaic business that’s… rather cautious about change.”

Whatever the reason, Lidl will be sure to feel the impact of Gottschlich’s departure. After 16 years and six years as the UK CEO, he was highly respected both internally and externally. “Ronny is an extremely good boss and very popular with the rank and file,” said the source. “It’s a real bolt out of the blue.”

What made news of his departure all the more shocking was that “Ronny seemed to be a good guy doing a good job,” said retail analyst Nick Bubb.

Sales topped £4.7bn in 2015 - a 17.5% increase on the previous year and an 42% increase on the year before that - and Lidl was crowned Grocer of the Year at The Grocer Gold Awards. And with the latest 12-week Kantar figures showing Lidl sales up 12.2% it’s been growing faster than Aldi for a year now, and has a 4.5% market share in the UK and portfolio of 630 stores.

David Gray, senior analyst at Planet Retail, says Gottschlich’s era marked a real shift in momentum. “If you went back five years ago, people would have done their big shop somewhere else and topped up at Lidl,” he says. Now, it is the other way around.

Gray believes Christian Härtnagel, the 34-year-old former Lidl Austria board member due to replace Gottschlich, will have no trouble taking the reins. “Lidl is on the right track so someone really just has to come in and keep the engine turning.” 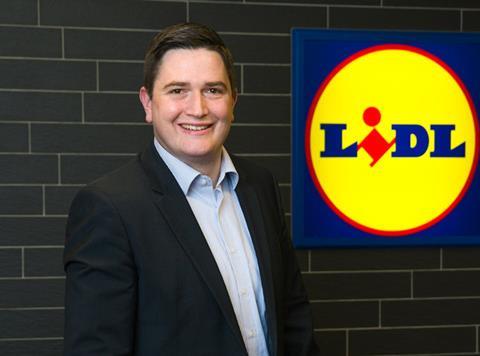 Lidl’s new CEO is young (34) and his rise has been “meteoric to put it mildly” says a Lidl source. But he’s been with the discounter for 13 years, with roles including regional director at Lidl Ireland and, since last autumn, responsibility for sales and operations for Lidl Austria. As he takes the helm of the UK division, Lidl says Härtnagel will be responsible for “moving the business forward and securing its ongoing market growth” as well as overseeing plans to more than double store numbers to 1,500.

And though his rise has been “meteoric to say the least” according to the Lidl source, Härtnagel has 13 years of service at Lidl under his belt including a regional director role in Ireland division, which encompasses both the Republic and Northern Ireland.

His most recent stomping ground of Austria is not that different from the UK either, adds IGD’s Ryba. “Austria is a market where the discounters have been doing very well - they have Lidl and Aldi, so similar to the UK market they are competing.”

But the inside source is worried. “There’s been some real momentum in the business, it’s finally overtaken Aldi, Ronny turned Lidl around. Why would you then ask him to leave? It’s a real shame. Momentum can change quickly and any disruption will play into the hands of Aldi,” he warns.

He adds that the UK board has already suffered upheaval over the past year. While new head of procurement Ryan McDonald - who replaced Martin Kottbauer - is “really good”, the appointment of Tim Ulbrich as successor to joint COO Chris Walker, who was poached by Asda earlier this year, has ruffled feathers, he claims, adding that Ulbrich is currently in language school.

“When Chris left all the UK candidates were overlooked. They were not even considered. A lot of people will be unsettled by the changes,” he adds.

As to the next move for Gottschlich, Aldi is very unlikely - Gottschlich growled “no” when The Grocer mooted the idea back in 2013 - but he plans to stay in the UK, the source understands. “The big four would undoubtedly value his expertise but it’s hard to see him settling for anything less than CEO.

He has no doubts over just how disruptive Gottschlich’s departure will be for Lidl UK, though: “It will be nuclear.”