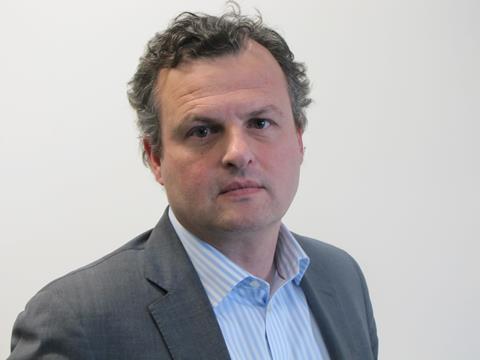 Leendert den Hollander has announced he is leaving Young’s

Young’s Seafood has announced its CEO, Leendert den Hollander, is leaving the company.

Young’s said he had accepted “a senior leadership role with another firm outside the seafood industry” but declined to say where. Den Hollander himself was not immediately available for comment.

Den Hollander’s role will be taken on by James Hill, currently CEO of Young’s parent, Findus Group. Young’s chilled division will continue to be led by deputy CEO Pete Ward, with the frozen business head up by Wayne Hudson.

Hill today paid tribute to den Hollander’s achievements at Young’s, saying he had been “instrumental” in developing the business since becoming CEO in 2011. “I would like to thank Leendert for all of his contributions to the broader Findus Group and acknowledge that he is leaving the UK business with a legacy of stability and strong and positive results. I wish him well in his future career.”

In a statement, den Hollader said he was proud of what Young’s had achieved, adding “the people, the passion for fish and a relentless focus on continuous improvement” made Young’s a “very special place”.

“I have thoroughly enjoyed my time at Young’s and I know that the company will continue to build on its strong foundations to deliver future growth in close partnership with its customers.”

Young’s said its business strategy would not be affected by den Hollander’s departure.

During his time at Findus and latterly Young’s, den Hollander helped navigate the company through some major structural changes, including the acquisition of Cumbrian Seafoods in December 2011.He also presided over Findus’s UK business when it was hit by the horsemeat scandal last year, when tests on Findus lasagne showed the meat content was up to 100% horse.