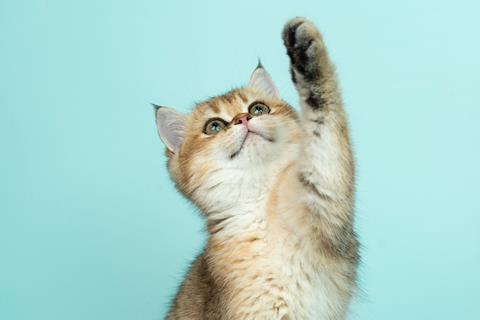 Cat food brand Applaws will not return production to Fold Hill Foods until the cause of the spike in feline pancytopenia has been found.

Applaws was one of three brands – along with AVA and Sainsbury’s – impacted by a precautionary recall, after batches of several products manufactured by Fold Hill were linked to an alarming rise in the often fatal condition.

Yesterday however, Fold Hill said it will resume production of the recalled lines, after the Food Standards Agency said “no causative link between pancytopenia and the recalled cat food products has been established”.

Applaws last night reassured cat owners it would not be using Fold Hill as a manufacturer until they “get the answers they deserve”.

“Because customers have not yet had the answers they need, we know they would not want us to return any cat food production to Fold Hill and we confirm we have no plans to do so,” the company said.

It is understood production of Applaws products will return to the French factory which supplied UK retailers before the contract with Fold Hill.

Specific batches of seven varieties and three pack sizes of Applaws dry cat food – as well as 12 AVA SKUs and two Sainsbury’s own-label products – remain on the FSA’s recall notice. While, “extensive testing” by the FSA did identify higher levels of mycotoxins – toxic compounds that are naturally produced by different types of fungi – in some samples of the recalled lines, the FSA said yesterday that mycotoxins were present in “some types of feed and food and do not, in themselves, indicate they are the cause of feline pancytopenia”.

“While we’re deeply appreciative of the significant effort from the FSA, we understand how important it is for those affected that this investigation should continue,” Applaws said. While finding no causative link, the company added: “We know how disappointed consumers will be there are still no firm conclusions.”

The FSA’s investigation continues, and it has “not ruled out cat food or any other possible causes either”. As of last week, the RVC said it was aware of 563 cases of cats with pancytopenia in the UK – an alarming spike of the usually rare condition – and that “this data probably represents only a percentage of cases”. The mortality rate of those cats stands at 62.5%.

“We recognise there is scientific uncertainty as to whether mycotoxin levels can be proven to have caused the spike in cases of pancytopenia and that’s why there is much more work to do,” Applaws said.

“We’ve always taken pride in the ingredients in our pet food – the care we take to find the best manufacturers and the auditing and monitoring of every aspect of production,” the company added.

Applaws said that it can “only start to rebuild that trust” with consumers after they “get firm conclusions”.

Sainsbury’s would not comment on whether it will continue working with Fold Hill Foods, telling The Grocer only that “safety is our highest priority and we have worked closely with the FSA on the investigation”.

Pets at Home, which is the exclusive retailer for AVA brand cat foods, said yesterday it was “deeply disappointed that the FSA were unable to find a definitive cause for the distressing spike” in feline pancytopenia. No AVA brand dried cat foods are currently on sale at the retailer and it is understood they won’t be returning soon. Pets at Home this week committed £100,000 to research into the causes of the condition.

“We recognise the pain and upset that this illness has caused, and our hearts go out to all the families whose cats have suffered,” Pets at Home said.