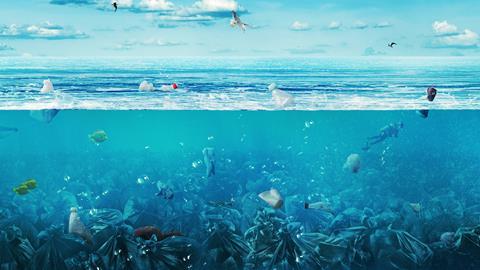 Is biodegradable plastic the answer to food and drink’s packaging problem? 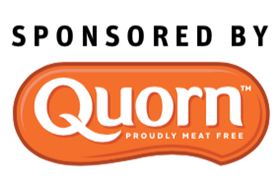 A plastic that biodegrades sounds, on the face of it, a lot like a panacea to mounting plastic pollution. Brands and manufacturers get to keep using a robust, affordable and stable material - which can be harmlessly disposed of, decomposing naturally while the likes of PET persists for up to 1,000 years.

And undoubtedly some have bought into this idea. Although it currently only makes up around 1% of all plastics produced annually, the European biodegradable plastics market is expected to reach a volume of 2.6 million tonnes by 2023, up from 2.1 million last year, an increase of just under 24%.

Within that are a few names in food and drink, with Aldi trialling biodegradable and compostable plastic bags as of June and Tetley adding a biodegradable plastic filtration paper into its teabags the same month.

But such examples are far less common than you would expect. And that’s because the reality is - for all its potential on paper - that the capacity of biodegradable plastics to reduce the environmental impact of packaging is far less clear-cut.

“Biodegradable plastics were announced as some kind of silver bullet to cure the plastic pollution problem. They’re not”

“Biodegradable plastics were announced as some kind of silver bullet to cure the plastic pollution problem,” says Steve Thomas, a senior consultant at Cambridge Consultants. “They’re not.”

So, what’s the problem? Well, even the definition of a biodegradable plastic can get confusing. In large part because it’s often used interchangeably with materials known as bioplastics.

A bioplastic is any plastic made for the most part from an organic or plant-based material, such as sugarcane, corn or cassava. A biodegradable plastic, on the other hand, is any plastic that can be broken down, either in the natural environment or by undergoing further processing, such as composting.

Though many biodegradable plastics are also bioplastics, that isn’t always the case.

Some biodegradable plastics have a chemical make-up no different to standard polyethylene, just treated with additives. Until a few years ago, for instance, the ultra-thin plastic used to make supermarket bags was a standard plastic often treated with metal salts to speed up degradation in the presence of light and heat.

Known as oxo-degradable plastics, these materials have caused controversy in recent years for their toxicity to the environment. In fact, in March they were banned by the EU.

“If you introduce additives or chemicals that break down the plastics, then this compromises the circular economy and can impact on the recycling streams we have,” says Helene Roberts, MD of UK and Australia at Klöckner Pentaplast. “Depending on the chemicals added, if such plastics leak into the environment they don’t just disappear but break down into small or microscopic particles that can still have a detrimental effect on wildlife on land or in the sea.”

“It was claimed these plastics would subsequently biodegrade but there’s been 30 to 40 years of this tech and they’re still struggling to do so,” adds Simon Hann, a lifecycle assessment specialist at Eunomia.

As a result, the majority of innovation around biodegradable plastics has now shifted towards materials sourced from plant-based feedstocks. Biodegradable bioplastics, in other words.

With a few exceptions, such as Aldi, uptake by food and drink brands of these purportedly all-natural plastic alternatives is slow, however. On the one hand, there are practical reasons for that. “They’re still quite expensive, and in very short supply,” says Thomas.

“Massive investments are needed to commercialise its widespread availability,” agrees Susan Hansen, global strategist for F&A supply chains at Rabobank. “We currently only have a very limited supply of bio-based plastics and many find it challenging to scale up or move as quickly as investors expect. In the absence of supportive legislation, even in the EU, many parties think twice about providing the capital needed to develop the required infrastructure.”

Even when a company is able to source a supplier, many biodegradable bioplastics aren’t currently crystal clear like standard polymers, a key requirement of many food companies keen to create packaging that allows consumers to see their food. One of the few exceptions is PLA, or polylactic acid.

Setting aside these practical barriers though, there are bigger challenges in switching to a biodegradable bioplastic. Namely, that they aren’t always all they’re cracked up to be. A fact that was shared with MPs at a select committee hearing earlier this month as part of an ongoing review into the materials, with environmental NGOs arguing the rapid introduction of such alternatives could actually increase plastic pollution.

“It’s used as a marketing tool a lot to say plant equals good. That’s not always the case”

That’s despite the push by some brands, coffee chains and retailers about the eco-friendliness of their all-natural, plant-derived bioplastic packaging.

“There’s a certain element of greenwash there,” according to Hann. “It’s used as a marketing tool a lot to say plant equals good. That’s not always the case.”

In large part that’s because labelling something as biodegradable doesn’t mean it will degrade on a compost heap at the bottom of the garden or disintegrate harmlessly if it ends up in the ocean. Though that is likely the impression consumers will have.

“I tend to avoid the term biodegradable because it doesn’t actually mean anything in and of itself,” says Hann. “In order for something to biodegrade it needs the right conditions.” And the only standardised conditions in which biodegradability is rigorously tested is in industrial composting, which requires huge amounts of space and often huge amounts of heat. Dropped on the ground or into oceans, there is no certainty a biodegradable plastic will degrade or how long that process will take.

In that way “the term ‘biodegradable’ on a pack often misleads consumers into believing that it will naturally decay over time, the same way a piece of fruit or veg might,” adds Tim Llewellyn, structural creative director at design agency Drink Works. “But this isn’t the case. The select conditions needed for the material to decay means the timeframe is massive. On average it takes three to six months for such plastic to degrade, but even at this stage, it isn’t the end of the process.”

It also means there is only merit in a biodegradable plastic if it’s accepted and processed by local authorities. A huge problem in the UK where services are deeply fragmented. “The UK’s infrastructure is not sufficiently equipped to efficiently process these materials yet, not to mention the value reduction of a biodegradable pack vs a 100% recyclable pack,” adds Llewellyn.

All in all, shifting to biodegradable plastics then is far more complex than it might first appear.

For a brand it can be a “minefield”, says Dirk Mischendahl, founder of ice cream brand Northern Bloc, which is about to launch new packs that include a bioplastic film. “You want to do something but where do you start? You don’t make the pots, and you’re trying desperately to find a pot. Anything you can potentially use that is better for the environment until it goes into mass production is very expensive.”

So what role should - and might - biodegradable plastics play in food and drink?

There is a role in some cases, says Thomas. Say, when a plastic liner is needed in an otherwise compostable piece of packaging. Consumers will be able to chuck items like this in a commercial compost bin without contamination.

But “in order for it to be a good route for brands to take, they need to have clear confirmation about length of time, specific conditions and the final end product the material will biodegrade into,” points out Heather Daniell, founder of Satisfied Snacks.

In an effort to do so Aldi says it has opted for Bioplast, a biodegradable bioplastic in its bags that “is designed to be completely domestically compostable within 12 months”, according to a spokesman.

But otherwise, the experts The Grocer speaks to agree: the focus should largely be on plastics that can be reused and recycled instead. “The method used for biodegrading plastic reduces it back to an unrecoverable state,” points out Llewellyn. “Long term this may cause greater damage to the environment as you’re effectively creating a form of waste and you will have to create the product all over again.”

It might be confusing but brands and retailers need to ensure they’re intimately acquainted with the pros and cons of every plastic, and material, they now use. Or they can be sure a growing proportion of their consumers will be. “And”, sums up Mischendahl, “if there’s a chink in the armour now, people will find it.”

In what would have seemed like a fairly anodyne move by many, the EU came in for heavy criticism in March for its proposal to prohibit oxo-degradable plastics.

For years the material - a polyethylene treated with metal salts or other additives in order to oxidise or biodegrade quicker - had been hailed as an eco-friendly solution. Unlike standard plastics, said supporters, it would degrade in open environments, avoiding the sort of risks that shocked Blue Planet viewers. As a result it was commonly used by supermarkets for their ultra-thin plastic carriers.

But then the tide turned. In actual fact, said critics, bags made with oxo-degradables disintegrate into tiny fragments, often referred to as microplastics, that end up doing just as much harm.

As far back as 2017, 150 companies, including Nestlé, Unilever and PepsiCo, put their weight behind calls on the EU to ban the material as a result.

And so for many the move by the EU earlier this year to prohibit its use, along with many other petrochemical-derived plastics, was a step in the right direction.

But it turned out to be more divisive than expected. Critics vehemently argued the EU had acted before scientific research into the potential harms had been completed, in a move they said ignored established science and was, instead, politically motivated.

“It is truly ludicrous that ECHA, an ‘independent’ scientific body, requested an extension to its investigation as the evidence it had gathered was demonstrating that oxo-biodegradable plastics do not produce microplastics, while this directive was rushed through,” said developer Wells Plastics in response. “Oxo-degradables should not have been included in this poorly drafted legislation as this is clearly contrary to the scientific evidence that the Commission has itself complied.

“This is why the only conclusion Wells Plastics can reach is that MEPs have chosen to ignore the science and the clear benefits that oxo-biodegradable materials offer to the environment and acted on political reasoning alone.”

Proof if it were needed that the debate on the future of plastics is a minefield.