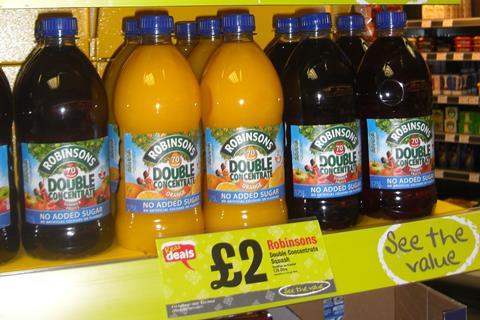 The impact of the government’s proposed ban on HFSS promotions in store could add up to more than £3bn, according to latest figures.

Data company IRI has been developing a model to study the likely impact of the proposals, unveiled by PM Boris Johnson’s obesity strategy in July. Last month The Grocer revealed its estimates that products high in sugar alone could be hit by a £1.7bn loss in revenue.

This week, IRI, which has now finished its research covering salt and fat, as well as sugar, told The Grocer its estimated impact across the three nutrients was a massive £3.03bn in lost sales revenue from promotions.

That is on top of the £791m threat faced by the confectionery sector, said IRI.

The estimates are massively higher than the impact forecast by the government in its consultation on the promotions ban, which it said would hit retailers with losses of around £27m and suppliers £175m.

It is also much higher than estimates in an FDF report in 2019 claiming it would cost the industry around £1.2bn.

IRI said its research was the most detailed yet into the scale of sales revenue at risk, though the government has yet to make a final recommendation over how the thresholds for the ban will be set.

“This research goes beyond our initial research in August to take into account products deemed high in salt and fat too,” said Tom Hall, director of analytics at IRI.

“If we assume that the threshold at which the restrictions are introduced sits somewhere in the amber bracket, which would affect products containing 10g sugar, 1g salt, 2g satfat and 10g total fat per 100ml, then the impact is sizeable.

“Just over £3bn of value, which would typically be derived from off-shelf promotions, would now be at risk.

He added: “We talk to both manufacturers and retailers on a daily basis and there is real concern about the impact of the ban and that’s without including the impact of the advertising restrictions which we’re also helping clients to navigate.

“The nation is in the grip of the deepest recession on record, with much of the hospitality industry on its knees. Now the government proposes to increase costs not only for manufacturers and retailers but also for shoppers and consumers.

“If price promotions are banned, already hard-pressed shoppers can expect to see their weekly shop become more expensive, to the tune of £600 per year, per family on average.

“The proposals will mean that healthier choices will fall foul of the government’s illogical rules on promotions. They will also restrict challenger brands’ ability to get ‘share of shelf’ against established brands without promotions to raise their profile, leading to less choice for shoppers.”