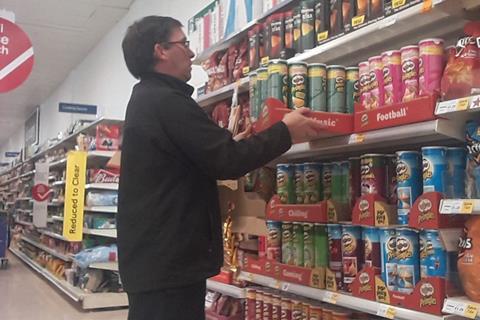 Temporary recruitment agency Redwigwam has rolled out a new 24-hour service to firefight availability, distribution and promotion problems in supermarkets for suppliers.

It aims to provide brands with a targeted service to fix issues causing lost sales for suppliers, including misplaced promotional shelf-edge labels, SKUs missing from store systems and products misplaced on shelves.

Redwigwam matches suppliers with one of its 130,000 workers, with the relevant skills and in a nearby location, using its AI-powered tech platform.

Brands are able to list a job on the platform as soon as an in-store problem is identified.

Once the jobs have been accepted, ‘Wigwammers’ are deployed to the store to assess the problem and, if possible, fix it on the same day.

“Speed of delivery is a key benefit to the work we do with organisations,” said Redwigwam sales director Catherine Parkin.

“Business intelligence in a data-driven world is one thing, but it’s worth very little if a brand cannot get to the root of the problem and take remedial action – particularly in a market as competitive and fickle as fmcg.

“Once a manufacturer has been on-boarded, our automated system takes over, creating a streamlined and scalable solution that dramatically cuts response times.”

Simon Smith, head of field sales at Kellogg Company, added the trial of the 24/7 Availability app had been a success.

“This solution enables us to use retailer data effectively to fix issues within hours in stores that our own team aren’t visiting that day,” he said. “Following a successful pilot, which delivered a great return on investment, we’ve now built this into our 2020 plans to roll out.”

Parkin added the coronavirus crisis presented challenges as social distancing measures in supermarkets had led to a drop in business. However, she said work was beginning to ramp up again in the past two weeks as suppliers had been able to refocus on issues in store.

“Stores need a bit of love again,” Parkin said. “Everything in the past 10 weeks has been focused on the coronavirus crisis and solving supply chain issues, but we know there are a lot of problems out there in need of fixing.”