That's Better, Asda. But it's not exactly Armageddon 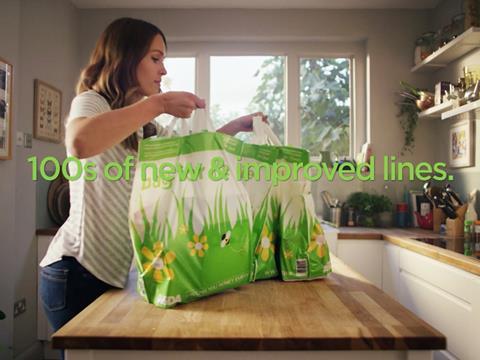 Armageddon must wait. After months of speculation, Asda has launched its much-anticipated end of summer price offensive and, despite predictions, rivals are still standing.

In July, HSBC analyst Dave McCarthy infamously warned - in a note titled Defcon 1 - that a sweeping price repositioning by Asda could virtually wipe out all profitability in the sector.

But when Asda finally pushed the button on its That’s Better campaign last Friday, for many it was a case of blink and you’ve missed it. There was virtually no mention on its website, no heavyweight press campaign and experts discovered some stores were carrying no point-of-sale marketing.

So will That’s Better fare any better than Asda’s last price initiative Pocket More, launched just over six months ago only to herald the supermarket’s sharpest sales decline in history?

Asda says That’s Better, which features a new TV ad starring its celebrity chef recruit James Martin, has reduced the prices of “thousands” of products, claiming an average 15% saving on everyday items across sectors including meat, fish and condiments.

The 13 examples it provided were all own-label items, but they dropped 14.6% on average, from £1.95 to £1.67. Most importantly, research for The Grocer by Brand View shows it has regained vital ground lost to a resurgent Tesco on price. Direct comparison was not always possible, but prior to the cuts, Tesco was 1.8% cheaper on average across the 10 comparable items (which cost £16.21 at Tesco vs £16.51 at Asda). Following last week’s move, Asda had restored the 10% price lead on which its Asda Price Guarantee depends, with the same items costing £14.58, 11.2% cheaper. In some cases this meant widening the gap (on the 200g own-label rich roast coffee it went from 8% to 18%) and closing it on others such as 100g of basmati rice, which was 14% more expensive (though Tesco was still cheaper on the sausages and top-down ketchup, and the latter was also out of stock.

But far from Armageddon, McCarthy described the campaign this week as a “phantom promotion”, and others criticised the lack of marketing.

However, even if it does appear a somewhat low-key next phase in the £1.5bn programme announced by former boss Andy Clarke, analysts believe it will still serve a purpose.

Clive Black, analyst at Shore Capital, says he wasn’t expecting Asda to “somehow blow the rest to smithereens”. He believes Asda realises it has a much broader job of improvements to do before it can afford to shout too loudly. “To our mind the stores are very dull, availability is questionable, merchandising is very average and NPD is substandard. If people are drawn in, they are going to be disappointed when they do come [at the moment].”

Indeed, Asda’s new president and chief executive Sean Clarke promises Asda price cuts are simply “the next step” in what he promises will be “week after week” improvements by Asda, including sweeping upgrades to its own-label range.

Bryan Roberts, insights director at TCC Global, says these improvements will ultimately prove as important, if not more so, than its prices.

Others remain convinced Asda must resort to that nuclear option. “Asda is in a very serious situation and needs to take radical action,” says one source. “Doing it bit by bit is not going to be enough. On Friday we heard at last that the missiles were in the air, and the big question is were there any warheads in them? It looks like the answer to that is no.”