Win for Asda but Tesco is cheapest after price-match 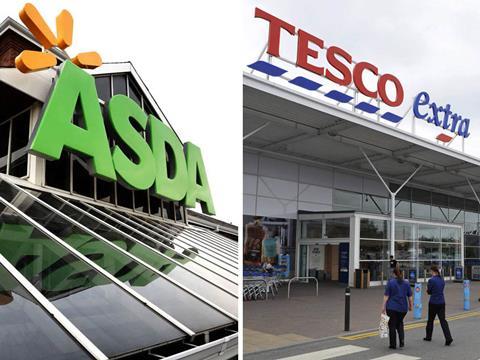 Asda claimed its second Grocer 33 pricing win in a row and put some clear blue water between itself and its main rivals in the race for the annual pricing award.

Asda now has five wins to Tesco’s and Morrisons’s three.

Our mystery shopper at Tesco received an instant discount of £3.32 at the till via Brand Guarantee. This reduced the cost of our shopping list to £55.36 and therefore undercut Asda by 22p.

Asda’s failure to come in 10% cheaper than its main rivals also meant it had to offer our shopper a £4.32 voucher to spend on her next shop as part of the Asda Price Guarantee initiative.

Tesco also actually offered the cheapest price for 16 items this week, compared with Asda’s 14, though both retailers offered seven of the 33 lines at the exclusively cheapest price on our shopping list.

Morrisons claimed third spot. Its £60.27 total was £4.69 more expensive than Asda. Morrisons was the only retailer charging more for these items this week than it was a month ago.

By contrast, fourth-placed Sainsbury’s was the only retailer that was actually charging less this week than at the same time last year. Despite this, its £61.98 total was still £6.40 pricier than Asda’s.

Waitrose is in the middle of one of its major promotional events, with hundreds of half-price deals available across the store. However, this had little impact on its competitiveness in terms of our list. Its £67.85 total was still more than £12 more expensive than Asda this week.