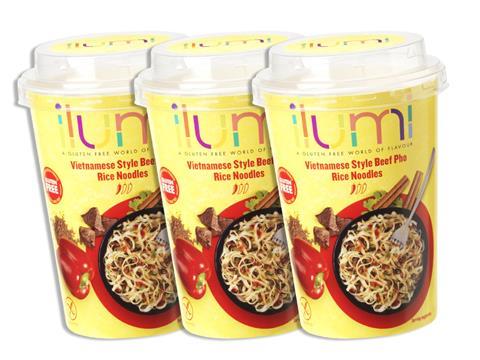 Consumer verdict: Tested by a panel of adults without special dietary requirements, many did not consider the product personally relevant. The bright yellow packaging, though, was considered eye-catching and effectively highlighted the gluten-free credentials. After testing, the spicy and beefy flavours had a positive reception, but the texture of the noodles was variously called “slimy”, “rubbery” and “watery”. This snack was rated highly for health but had limited appeal: just over half said it was “not for me”.