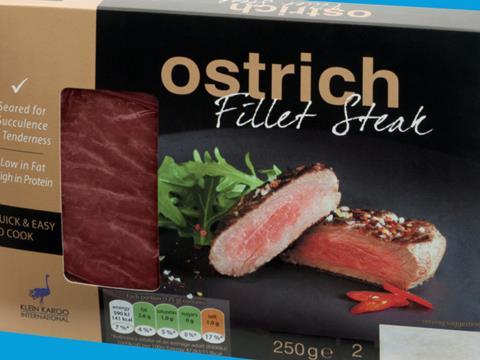 Consumer verdict: Considered very ‘new and different’, many testers were initially a little cautious, then pleasantly surprised. Scores were similar to the Aldi Specially Selected Venison Burgers tested as part of this year’s The Grocer Own Label Food & Drink Awards and were consistent across all sub-sets, indicating the mainstream potential of this meat. The health credentials were clearly displayed on pack, and the low-fat/high-protein content was a definite attraction, while the absence of visible fat contributed to a high rating for health. Ostrich meat can be dry but this was described by testers as juicy and “very tender”, and there was minimal shrinkage after cooking. Purchase intent rose significantly after tasting, with 70% of respondents keen to buy this for a weekend treat on an occasional basis.