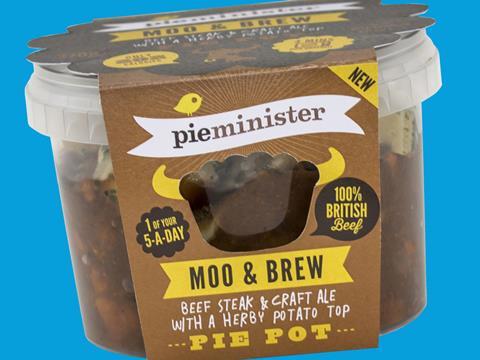 Consumer verdict: This microwaveable, single-serve ‘pie’ was seen as attractively presented with good chiller standout. Those in the North were very impressed and scored it 49 out of 50 compared with 32 in both the Midlands and the South. While some praised the high quality, some felt it lacked meat, and others that the term ‘pie’ was misleading. The premium price was also a concern. However, the pie was considered novel and a viable option as part of a midweek meal. Four in 10 testers said they would consider buying at least monthly, although 22% said it was not for them.

Fast Foodfax is prepared by Cambridge Market Research, which works closely with The Grocer magazine on a variety of projects including the consumer judging element of the The Grocer’s Own-label Food & Drink Awards and New Product Awards.