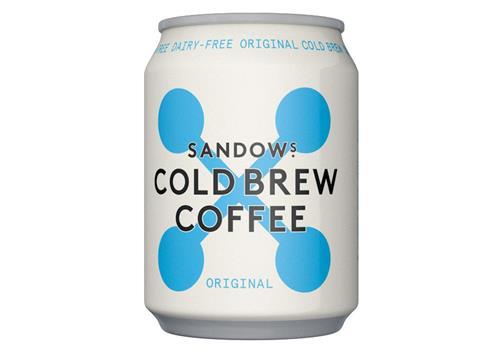 Why: For the past few years, cold-brew coffee - coffee infused with cold water overnight - has been the hip alternative to traditional energy drinks. Launched in 2014, Sandows styles itself as “the original British cold-brew coffee”, offering variants for grocery in a can and a glass ‘flask’. They have become popular enough that Sandows was able this month to add ready-to-drink sodas with a coffee base. This product, however, is an earlier one. Infused with nitrogen to create a creamy texture, it offers 40mg of caffeine per 100ml - about 25% more than Red Bull.

Consumer verdict: A modest amount of pre-trial interest among our shoppers fell dramatically upon tasting. While the appearance of the ‘stubby’ can was quite well received, it was the only measure to not underperform. Flavour and value were marked especially low, with our consumers criticising the “old cigarette taste”, “no creaminess” and “expensive” price. The drink was considered ‘not for me’ by 88% of people, though there were those who praised it for being “refreshing” with a “sweet flavour”.

Better than what’s out there: 2%