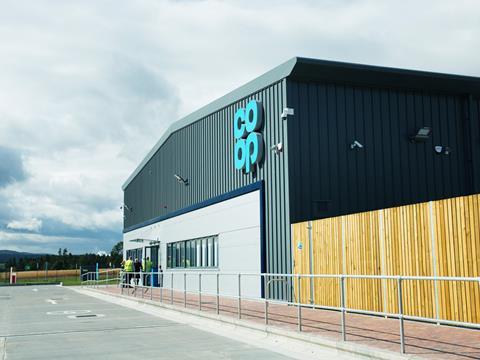 The DC is designed to help Co-op facilitate its future store expansion in Northern Scotland.

The Co-op is due to open a distribution centre at Inverness Airport Business Park on 9 August to help facilitate its future store expansion in Northern Scotland.

The 12,000 sq ft Dalcross DC will employ 50 people and be serviced by double-decker vehicles, which the society said will result in fewer journeys, reduce CO2 emissions and eliminate 1,800 road miles per day.

The Co-op is looking to open 18 new branches across Scotland by the end of the year and revamp 20 existing stores. These plans and the new DC come as part of its £28m expansion and renovation plan for its Scottish stores, and is part of its wider £160m investment to open 100 new food stores, create 1,600 jobs and overhaul existing stores, which was announced in January.

“We’re thrilled to be able to launch our new site at Dalcross - it’s a modern and future-proofed facility, which is perfectly placed to support the Co-op’s ever-growing operations in Scotland,” said Co-op logistics director Andy Perry. “Our significant investment in a new distribution centre is also a symbol of our absolute commitment to serving communities in the north of Scotland, as well as a strong indicator of how well our food business is performing in this area.”