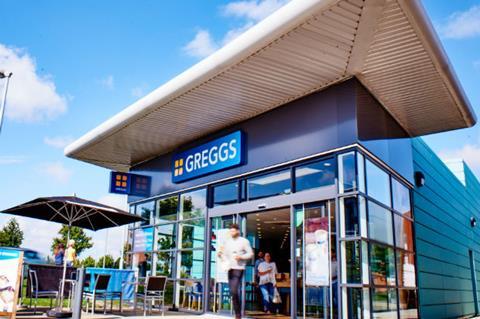 Most of the openings will be in places accessible by car, said Whiteside

Greggs plans to open as many stores in 2021 as it did each year before the pandemic struck, despite the impact of ongoing Covid restrictions on sales.

After “stamping on the brakes” last year, the target of 100 new stores net for 2021 is back where it was pre-Covid, said Greggs CEO Roger Whiteside.

Speaking as Greggs revealed it was on course to make an annual loss for the first time in its 80-history, Whiteside said there was no need to delay openings as most would be in locations accessible by car, which continued to perform well.

“We reignited the shop opening programme at the end of last year,” he said. “Even though we closed 56 shops last year, we ended up growing the estate by 28.

“We’ve now got a very healthy pipeline which we’re going to progress with in this current year. Obviously, we will hold back with some openings if restrictions continue at full lock level, but the shops will be fitted out, ready to open so we’re ready to serve customers when they’re able to get out and about as normal again.”

He said about half the 100 net openings would be with franchise partners in petrol station forecourts while others would be in retail parks which remained “really successful”.

“For the most part, because they’re accessed by car, our experience has been they’re worth opening even under lockdown conditions.”

He said property vacancy rates were presenting opportunities for new sites with car access beyond retail parks. “Things like banks or pubs that are no longer needed – often landlords will redevelop those sites and that provides car accessible drive-by locations, some in suburban areas, some out of town, a good mix.”

Greggs was also targeting London and airports for openings, despite plummeting footfall in lockdown, Whiteside said.

“We’re not really concerned about the strength it comes back at because we aren’t in those places now, so even if it comes back at half the level before, they are still some of the busiest places for food on the go on planet Earth.

Greggs said in its fourth-quarter trading update yesterday it expected to make a loss before tax of up to £15m for the full year.

The business suffered an 18.9% drop in like-for-like sales in its fourth quarter as coronavirus restrictions continued to hamper trading conditions. Overall fourth-quarter sales were down 14.8% to £293m.

An employee consultation programme in the quarter resulted in 820 redundancies.