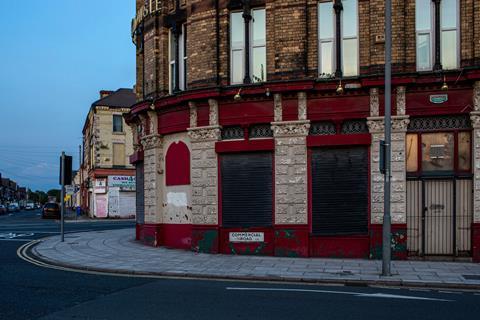 Despite the easing of restrictions, only an estimated 12% of restaurants and fewer than 40% of pubs are currently open

The hospitality industry is calling on the government to make landlords write off half of the rent debt accrued by businesses while closed in lockdown.

UKHospitality CEO Kate Nicholls has written to communities secretary Robert Jenrick calling for the government to mandate “the sharing of pain”.

Hospitality has been hit harder in the pandemic than any other sector, Nicholls argues, leaving many businesses unsustainable under current debt levels.

”A binding adjudication should set out minimum rent writedowns, and for businesses that were forced to close we believe this must be set at 50%,” said the letter, dated 4 May.

For the periods in which businesses have been able to trade but under restrictions, 25% of the debt should be written off, according to Nicholls.

It is among a series of calls in the letter, which UKHospitality has also set out in its response to a government consultation on what to do about rent debt after 30 June, when emergency protections for tenants are due to expire.

The protections – which for over a year have banned landlords from evicting commercial tenants or using statutory demands or winding-up petitions to recover rent arrears – should be extended for another six months, according to the letter.

They should also be broadened to include County Court Judgments, which landlords have been successfully using to enforce rent debt despite the protections in place, said Nicholls.

“Landlords have been emboldened by these judgments and there is an expectation that there will be a sizeable increase in CCJs,” she said.

“These undermine negotiations and add significant cost to the process. In the interests of finding an equitable solution they should be outlawed.”

Hospitality’s rent debt stands at £2.5bn, threatening to wreck the sector’s chances of recovery, according to the trade body. Despite the easing of restrictions, only an estimated 12% of restaurants and fewer than 40% of pubs are currently open.

The letter also demands the government stick to its plan to remove further restrictions on the sector by 21 June.

“The time has come to get this issue sorted,” said Nicholls. “As a starting point, our overriding principle is that businesses and landlords have to share the pain caused by enforced closures and restrictions. With the right outcomes, we can help to protect the hospitality sector in the short-term and accelerate its recovery – contributing to more jobs and reviving high streets and communities.

“As a sector we are as keen as landlords and other stakeholders for a return to normality but with existing Covid restrictions in place, hospitality businesses are not profitable. We need to see restrictions removed on 21 June and then given breathing space to gauge customer demand. We are concerned that the removal of protections would be disastrous and result in a huge increase in enforcement activity – meaning business failures and jobs lost.

“With affirmative action from government, hospitality can begin to rebuild and be the foundation of a truly national recovery. We will recreate jobs, training opportunities and repair our beleaguered town and city centres in every part of the county. The alternative, to remove protections, is too catastrophic an option to entertain.”