Lidl to build distribution centre in Leeds in expansion push 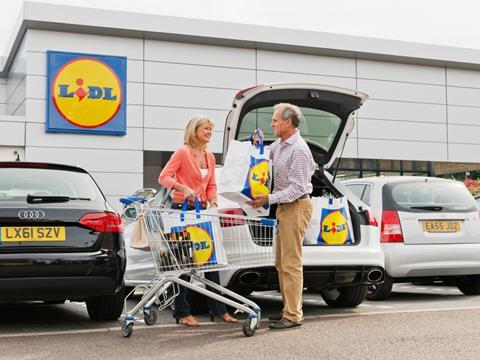 No opening date for the Gildersome site had been confirmed

Lidl UK is to build its 17th distribution centre after purchasing a 38-acre site in Gildersome, Leeds.

It’s the eighth new UK RDC announced by Lidl within the last two years and follows plans for facilities in Doncaster, Bolton, Peterborough and the biggest yet, a one million sq ft site in Luton.

No opening date for the Gildersome site had been confirmed as it depended on factors including “the length of the planning process”, according to a spokeswoman.

A further four new warehouses are planned “in the coming years”, she added.

The discounter has also opened 20 new stores since February, bringing the UK estate to 720.

“As we continue to open new stores and serve more customers across the country, it’s important that we also continue to build foundations for the future,” said Ingo Fischer, Lidl UK board director for expansion and development.

“This latest investment joins a long line of Lidl warehouses set to open over the next seven years, which are all vital in supporting our growth.”