Why Sainsbury's decided this dog had had its day 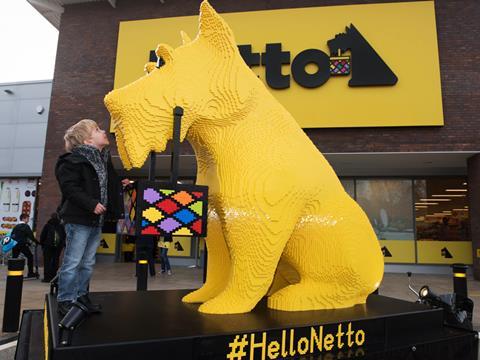 It was billed as the comeback kid. When Sainsbury’s announced plans to reintroduce Netto into the UK two years ago, hopes were high. Chief executive Mike Coupe was confident in the “brilliant concept and proven expertise” of Danish discounter Dansk Supermarked Group and its CEO Per Bank believed its Netto brand could “compete hard” with Aldi and Lidl.

Fast forward two years, and Sainsbury’s has abandoned the joint venture trial. So what went wrong? Analysts broadly agree the Netto model, which boasts competitive prices, fresh food and in-store bakeries that included Danish specialties, had a decent chance of succeeding in the UK, while also praising the execution in the 16 stores it opened over that time. But four key issues emerged.

Sainsbury’s cited the “significant investment” required in Netto as one reason. Both parties had already invested £20m in the project and a wider rollout would have required a much more significant cash injection.

Without lots of capital, the Netto trial was doomed, says Paul Foley, managing partner of Foley Retail Consulting and former CEO of Aldi UK and Ireland. He believes discounters need to spend at least £500m to establish themselves in a new market “before they see any return”.

Profits from the venture have not been released, but Foley expects they would have lost money due to the lack of scale. “You need the same buying power as anyone else in the industry so you need scale,” he says. “I would guess in the UK you need at least 350 stores.”

Richard Hyman, director of retail consultancy RAH Advisory, stresses there is “no shortcut” to achieving these economies of scale - it takes “a “long time and a lot of money”.

Despite Dansk’s Bank maintaining it was “exactly the right time to come back”, experts believe the dominance of Aldi and Lidl made it difficult for Netto to reestablish itself. Fraser McKevitt, head of retail and consumer insight at Kantar Worldpanel, says Netto lacks the brand awareness and credibility of these two giants, who have paired a “rapid programme of new store openings” with “huge advertising and marketing spend”.

The sheer amount of time involved in managing Netto could have been a factor in the decision. Discounters were only able to succeed in the first place because the big four “took their eye off the ball”, says Hyman, and this could have been another distraction. “Sainsbury’s future is going to be dependent on how it performs as a food retailer and everything else is a potential diversion.”

Well, almost everything else. Sainsbury’s thinking has moved on since the JV was formulated. In the wake of its move for Home Retail Group, the writing has been on the wall for Netto.

Sainsbury’s says it has “taken learnings from the trial” but if there’s time, money and resources that need spending, Coupe wants it focused not on selling more food per se, but on supporting the core business through complementary non-food and meeting the needs of the consumer in a multi-channel market.