Paying half of unpaid rents would save government nearly £7bn in lost taxes, industry leaders claim 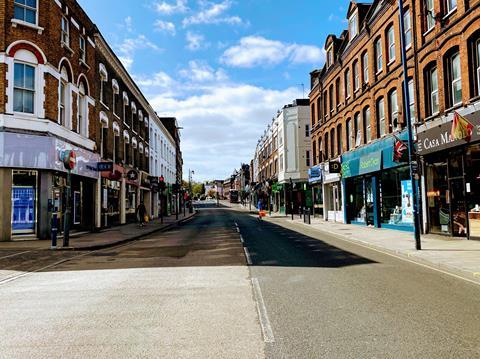 Retail has so far met even less of its rent bill this quarter than last, latest data suggests

A government grant scheme to solve the rent crisis facing retail, hospitality and leisure would pay for itself nearly four-fold in 12 months, industry leaders have claimed.

The cost to the government of footing 50% of the sectors’ unpaid rent bills for six months would be £1.75bn, according to analysis commissioned by the British Retail Consortium, British Property Federation, Revo, Ukactive and UKHospitality.

But the 12-month cost savings to the Treasury in tax revenues from businesses saved by the measure would be £6.7bn, while 375,000 job losses would be prevented, according to the analysis by Ignite Economics.

Factoring in the impact of unemployment in the wider economy, the cost saving to the government would be £7bn, according to the research.

Many businesses that had settled rent bills had done so despite significant economic strain in the pandemic, the research said. Extending support to them would cost the government £4.7bn but the 12-month return would be £11.1bn, it said.

As reported by The Grocer last week, latest data from Remit Consulting suggests retail has so far met even less of its rent bill this quarter than last.

Retail landlords had collected 50.5% of rent due by 35 days into the latest quarter, which started at the end of June. At the same point in the previous quarter, 57.2% of the bill had been collected, according to the data. The mounting shortfall is despite a new government code of practice that was introduced in June with the intention of steering negotiations between landlords and tenants to positive outcomes.

Read more: What’s in the government’s code of practice for landlords and business tenants?

In their latest call for rent support, the BRC, BPF, Revo, Ukactive and UKHospitality are urging the government to pay up to 50% of businesses’ unpaid rent and service charges from March to September, in what the trade bodies are calling a ‘Property Bounceback Grant’.

The support would be conditional on agreement by the landlord and tenant to account for the remaining 50% themselves, using the negotiation framework set out by the government’s code of practice.

“Without urgent action on rents, many otherwise viable businesses are, through no fault of their own, at imminent risk of failure,” the trade bodies said in a joint statement.

“Where both landlord and tenant are able to cover at least 50% of the rent owed, and are able to demonstrate they are working together as economic partners, government should have the confidence to invest in these businesses’ futures and prevent the needless loss of hundreds of thousands of jobs.”

The analysis acknowledged that not all companies helped would survive, but calculated that just one in four needed to in order for the government to break even on its investment.

A government spokesman said: “We recognise the huge challenges being faced by commercial tenants and landlords during this period, which is why we’re working closely with them to ensure they are supported and would urge both landlords and tenants to follow the example of others and find solutions that work for both parties.

“The government has taken unprecedented action to protect jobs and livelihoods, with a package of around £160bn of support, including loans, rates relief and grants for businesses.”