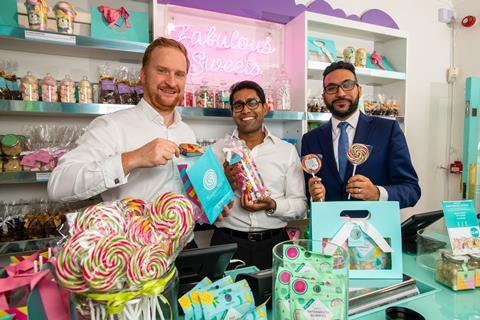 Former accountant Jiten Shah bought the business in June, including the Covent Garden shop, for £475,000. He plans to open a second store, in Westfield White City, by 2021.

Plans are in place to grow the business’s revenue by at least 20% to £1.4m in the next year.

Shah has devised a new export strategy to build on current international sales in Canada, Australia, New Zealand and Spain, and is looking to secure new UK stockists to add to Boots, Clintons, Debenhams and Selfridges.

Shah said UK exports of confectionery products had grown by nearly 5% in the past year, reaching almost £230m, according to data from HMRC.

“SugarSin has developed a cult following in the UK and there’s a clear opportunity to boost the company’s global profile via franchisees in major international cities and through distribution.

“It’s for these reasons that this business made such an appetising prospect for acquisition,” he said.

SugarSin was founded by sisters Anna Nilsson and Josefin Deckel in 2009 after they moved to London from Sweden.