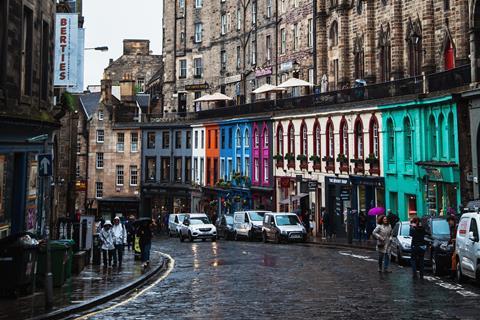 The Valuation Office Agency has come under fire for “living in cloud cuckoo land” after its “rose-tinted” assessment of achievements in the business rates arena - especially around appeals.

Property consultant Colliers International slammed the claims made in the agency’s business plan and annual report and said it was “misleading” about what it would achieve in future.

John Webber, Colliers head of business rates, said the VOA, which is responsible for rating properties, had painted a golden picture about what it had achieved in the past two years. This was a time when retailers and hospitality especially were suffering from the “unfair” business rates system, he said.

Webber was particularly critical of the claim that the VOA had “improved the digital journey” for its customers “and worked closely with stakeholders and partners to deliver a reliable revaluation”.

He said claims that the VOA had “met all of the milestones published in the roadmap for the digital rating appeals system - Check, Challenge, Appeal (CCA) - introduced in April 2017, were “ridiculous”.

Webber said: “In reality, everyone knows CCA has been an unmitigated disaster.”

Colliers said the CCA was introduced despite concerns business rates professionals voiced that it had not been properly thought through.

It aimed to accelerate the appeals system by striking out unnecessary claims early on and by using an online system, which the VOA said would create a much more streamlined process that would benefit companies.

Colliers said the system was more cumbersome than the one in place previously.

It backed its attack on the VOA with statistical evidence that it said showed the system was not working properly.

It said complicated procedures and the “largely un-navigable” online portal seemed to have discouraged many companies from starting the CCA process, even where they had good cases for challenging their bill.

For those that did, the slow rate at which they were processed was alarming, Colliers said.

A VOA spokesman told The Grocer: “It’s been a significant year for the VOA. We’ve made good progress preparing for the next business rates revaluation in 2021, brought forward from 2022. At the same time we continued delivering for our customers, meeting the majority of our performance targets for the year.

“While there’s more work to be done on our transformation, we’ve delivered a lot over the last 12 months. We continued embedding new ways of working, making us more flexible, responsive and better-placed to handle changes in demand for our services.”

The number of businesses using CCA continued to increase “at a steady pace”. The system was designed to provide quicker resolution of issues, either by confirming the details of the property in question, or starting a review of the valuation where there was supportive evidence.

“It will not support the speculative appeals culture we have previously seen and which clogged the system,” the VOA said.