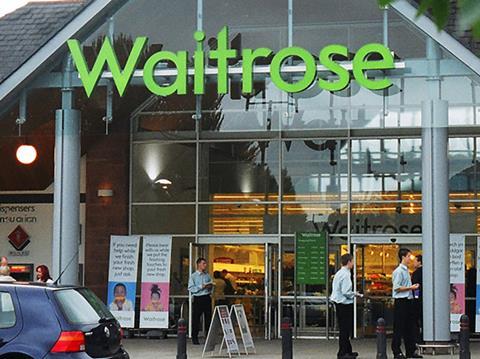 Budweiser, Bud Light and Beck’s have completely disappeared from the retailer’s shelves

Waitrose has taken the axe to a slew of Budweiser Brewing Group (formerly AB InBev) brands in a major cull of the brewing giant’s SKUs, The Grocer can reveal.

Exclusive data shows the upmarket retailer has completely ditched Budweiser, Beck’s and Bud Light, and significantly reduced the presence of Stella Artois, Corona and Hoegaarden on its shelves [Edge by Ascential 52 w/e 12 August].

The delists bring the number of Budweiser Brewing Group SKUs on Waitrose’s shelves from 30 in April to 13 - more than halving its presence.

Confirming the move, a spokeswoman for Waitrose told The Grocer: “We’re constantly reviewing our ranges to ensure the products we sell are absolutely right for customers.”

Its focus was on “removing duplication and differentiating our range from our competitors” she added.

Waitrose has struggled to grow beer and cider sales over the past year. The Grocer reported in June that its value sales in the category fell 1.4% in the 52 weeks to 24 February 2019 [Kantar].

Recently it has embarked on a major push into craft and posher beers, moving firmly away from mainstream brands to try and further premiumise its beer and cider offer.

It added a mass of new SKUs from smaller brands such as Wiper & True, Fourpure, Beavertown and Hawkes in April, as well exclusive and limited-edition brews such as a Black IPA from Fuller’s.

Budweiser Brewing Group wasn’t the only major supplier to lose out - though it was the hardest hit. The likes of Adnams, Foster’s, Tiger and Cobra have lost some space too.

Waitrose isn’t the only major supermarket pushing hard into craft beer this year. Last week Tesco revamped its range for the second time in just three months, adding a raft of experimental brews, including many stouts and West Coast-style IPAs.