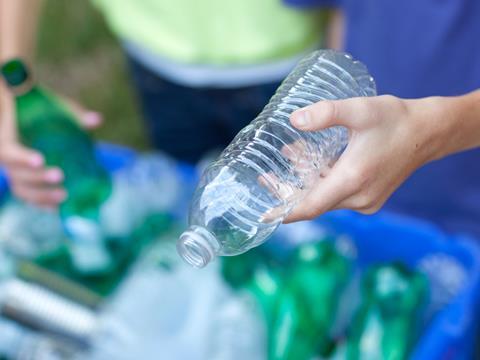 Retail leaders have warned the industry is “sleepwalking towards disaster” over the government’s plans to overhaul the UK’s recycling system.

The BRC said retailers and suppliers are facing a 13-fold increase in the cost of running the proposed new packaging recycling system, unveiled in the launch of Michael Gove’s resources and waste strategy consultation last month.

The BRC this week held talks with supplier trade bodies and packaging compliance bosses, amid fears the rebooted system could cost the industry as much as £2bn a year. Under the new strategy the government has said it wants to pass 100% of costs on to producers.

It would include the cost for collecting and transporting household packaging waste for recycling, treatment of household waste and treatment of any packaging disposed of in the residual waste stream.

Ministers claim the reform will provide much greater incentives for companies to design packaging that can be recycled and stimulate demand for recycling schemes, but the BRC claims its estimated £626m price tag is far lower than the likely cost of the scheme.

“The sums involved here are enormous,” said Andrew Opie, head of food policy at the BRC. “Alongside the government plans for DRS we are looking at a cost to industry which is greater than the cost of business rates and we are all aware of the impact that is having.”

But Opie said he feared many in the industry had yet to wake up to the threat.

“There is a massive lack of understanding about what this reform could mean and a real fear the industry is sleepwalking towards disaster.”

Peter Andrews, head of sustainability policy at the BRC, who has been leading this week’s meetings with industry over the changes, said the idea was not to try to duck out of responsibility for recycling.

“The industry absolutely recognises the need for reform of the system and is 100% behind it,” he said. “But the costs of the proposed system are absolutely eye-watering, which is why we are having big conversations with suppliers and waste compliance officers to look at how this can be tackled.”

Reform of the packaging recovery system was part of a three-pronged strategy unveiled in the resources and waste strategy in December, which also includes plans for a rollout of a nationwide DRS bottle return system and a new tax on single-use plastics.

The BRC has already called for the government to water down its plan for DRS, with a system limited to targeting “on the go” recycling.

Meanwhile industry leaders have urged the government to think again about its plans for a plastic tax, which the FDF has warned will place a massive extra burden on businesses already facing huge uncertainty because of Brexit.