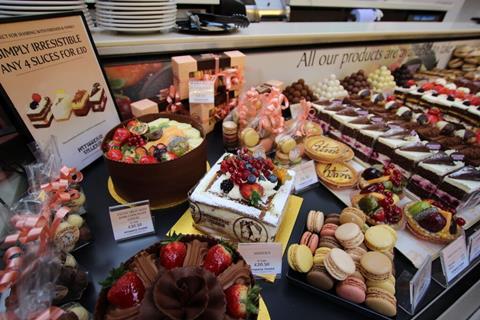 Patisserie Valerie has been bought out of administration by the new management team.

A deal was struck with administrators KPMG in the early hours of this morning, backed by Causeway, an Irish private equity firm.

The new management team is led by CEO Steve Francis. The former Tulip boss, a turnaround expert was brought in by chairman Luke Johnson in November after a £40m hole was discovered in the former AIM-listed chain’s finances.

With the old management team disbanded - and ex CFO Nick Marsh the subject of a fraud investigation - Francis set about building a new management team, with CFO Nick Perrin initially recruited on an interim basis. In early December Jose Peralta was brought in as director of food production and supply, with former Starbucks executive Rhys Iley appointed commercial director to run Patisserie Valerie’s front of house operations later that month.

In January Patisserie Valerie went administration with the loss of almost 1,000 jobs, via a CVA, but the new management team has been running the remaining 120-odd stores as a going concern.

Speaking after the deal was struck in the early hours of Thursday morning Francis said: “Patisserie Valerie starts a new lease of life on Valentine’s Day. A very exciting new future awaits.”

The Midlands-based Philpotts sandwich business and the upmarket Baker & Spice London bistro chain will be sold separately with a number of offers on the table for both, The Grocer understands.