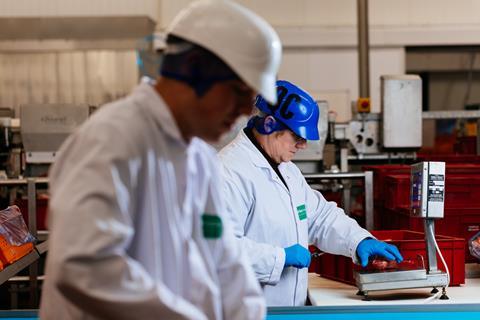 The London-based international food group, which also owns produce suppliers Poupart Imports and BerryWorld, saw group EBITDA fall by 22%, from £16.3m to £12.7m for the 12 months to 31 December 2019.

The company said its fall in profitability was in part explained by “challenging climatic conditions” in several growing regions.

Argent also experienced exceptional costs of £1.2m due to the exit from its PrepWorld Spain JV, while incurring startup costs of £1.8m for its new US joint venture Mastronardi BerryWorld. However, it stressed BerryWorld had been the main driver in turnover growth.

It posted a pre-tax loss of £1.2m, with a further loss of £3.3m from discontinued operations, which included its now disposed-of New Zealand tannery business.

Looking to the current financial year, the business said it was “highly likely” the coronavirus crisis would continue to impact the trading environment for the remainder of 2020.

“Whether revenues and profitability will improve in the remainder of 2020 is dependent on the period during which the regions we operate are exposed to Covid-19, and the extent to which government measures may be prolonged, expanded or scaled down,” Argent’s accounts suggested.

PrepWorld UK and Fairfax Meadow had been particularly impacted during the crisis, with the two businesses having to temporarily close some production capacity and seek alternative channels to market such as DTC and home delivery.

It had also furloughed more than 500 staff and cut back on discretionary spend “where possible”.

“We believe these swift actions will preserve the Fairfax Meadow and PrepWorld UK businesses in the best possible health whilst the conditions in their marketplace remain supressed,” the accounts said.

“This will allow for a return to profitability once these markets recover,” it added. “The directors are confident we currently have sufficient financial and other resources available to weather this storm for the period at least up to December 2021.”