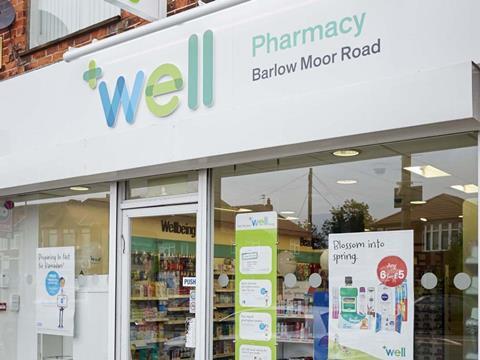 Bestway Group’s annual pre-tax profits increased by 8.5% to £448.4m, buoyed by an improvement in its wholesale grocery and cement businesses, and the devaluation of the pound - but the results were marred by a massive fall in profits at its Well Pharmacy business.

Revenue in the wholesale business fell by 2% from the same period last year to £2.13bn, in line with the broader sector decline triggered by falling tobacco sales, but pre-tax profits soared by 116% to £42.7m, though this included £13.5m in exceptional items following the disposal of non-strategic investment properties.

Best-one and Xtra Local retail club membership continued to grow. Sales at Best-one soared by 19.7% excluding tobacco, and 12.9% overall, while retailers also benefitted from rebates in excess of £1m via the My Rewards rebate scheme.

Foodservice sales grew by 7.6%, through increases in its catering contract businesses, while pet sales were up 7.9%.

The mobile app comprises almost 25% of all online transactions, up from 15% in the year before.

“2017 has been a year of profit growth and rapid debt repayment for the group,” said Bestway chief executive Zameer Choudrey, referencing repayments of £177.3m as part of its ongoing de-leveraging strategy, including £132.9m related to the Well Pharmacy acquisition. It also refinanced the £290m outstanding debt in September 2017, providing funding security to develop and grow its businesses.

“Despite difficult business conditions and uncertainty in the UK, we have maintained our market share across the wholesale and pharmacy businesses while delivering significant profit growth in our cement and banking interests in Pakistan.”

Multiple retailers entering the convenience market exerted pressure on Bestway’s food and drink business, while a reduction in NHS funding, the minimum wage and a fall in drug reimbursement prices hit its pharmacy arm hard.

Bestway acquired the Co-op’s pharmacy business for £620m in July 2014, and changed the name to Well in 2015. However, despite difficulties over the past year, a Bestway spokesman brushed aside suggestions it had proved a poor acquisition, or that it would be an unwelcome distraction to the integration of Conviviality Retail and emphasised its commitment to the pharmacy.

“Well will continue to be a core business for the Bestway Group,” he said. “Bestway, in its history, has never sold a business and we strive to deliver growth to all business units. The past year has been challenging with the continued reduction in government funding, but Well has retained its market position and, also in prescriptions, commands a 6% share, which is in line with last year. As a business, we need to offset the challenges in driving efficiencies throughout Well - as we do with all our businesses - but both Well and the businesses we purchased from Conviviality are separate businesses and will continue to trade autonomously.”