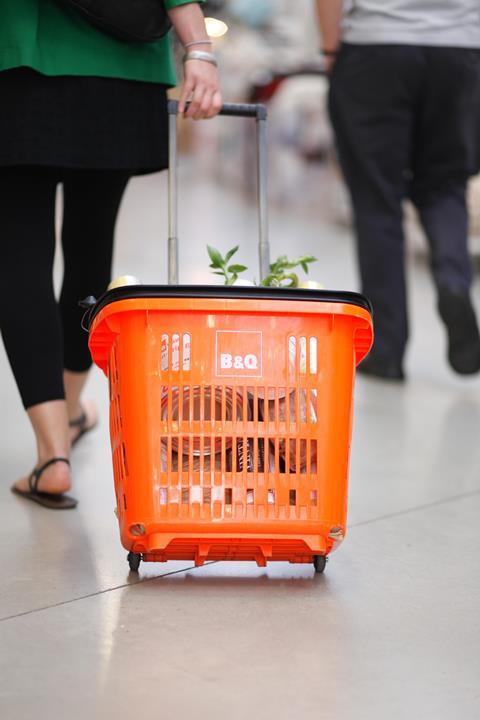 Screwfix and B&Q owner Kingfisher has joined the flood of retailers to hand back business rates relief received during the coronavirus pandemic.

The group will return £130m to the taxpayer to add to the £2bn-plus total given back last week after Tesco forced the retail industry’s hand by unilaterally deciding that repaying £585m of relief was the right thing to do.

Kingfisher, which was classed as an essential retailer, said it was handing back business rates relief it had received despite taking the decision to close its B&Q and Screwfix sites for in-store browsing and purchasing in March, which significantly hit trading performance.

It added the financial support measures received from the UK and Irish governments had helped to protect jobs and limit the financial impact of Covid-19.

Since reopening stores in late April and early May, Kingfisher said its sales performance had been strong, supported by higher demand for home improvement.

The group has already repaid the full amount received of £23m under the UK government’s job retention scheme.

Kingfisher added that given the resilience of the business it had now decided to give back the £130m of business rates relief.

CEO Thierry Garnier said: “Government support through this crisis has been invaluable for many companies, including ours.

“We also took swift action within our business in response to the pandemic to protect Kingfisher. We rapidly adapted our operations, both online and in-store, to fulfil the essential needs of our customers. We made significant investments to ensure the safety of our customers and teams, taking important steps to strengthen our balance sheet and limit the financial impact of Covid-19.

“These actions, combined with the roll-out of our new strategy and the hard work of our colleagues and teams, have delivered growth throughout the group and led to the hiring of 3,500 additional colleagues. Given this resilience, and our commitment to support our communities, we believe that returning the UK and Irish business rates relief in full is the right thing to do.”

The Hut Group has upgraded its 2020 expectations after sales accelerated faster than expected in October and November across all divisions.

“Very strong” performance during Black Friday helped the group win new customers, with 1.7 million driven to the group in November - a 74% increase year on year - with almost 900,000 new customers shopping with the business in Cyber Week alone.

The group also reported positive trends for customer retention rates and average spend, which underpinned the performance in what it called “the most important trading period of the year”.

It also forecast sales growth in the fourth quarter of between 40% and 45% year on year, versus previous guidance of 16% to 25%.

Mike Ashley’s Frasers Group has confirmed it is in negotiations with the administrators of Debenhams’ UK business over a possible last-minute rescue.

The department store chain was set to be placed into liquidation after JD Sports pulled out of talks last week, with the collapse of Arcardia leading to the sports store retailer walking away.

“Whilst Frasers Group hopes that a rescue package can be put in place and jobs saved, time is short and the position is further complicated by the recent administration of the Arcadia Group, Debenhams’ biggest concession holder,” a statement by Fraser Group said this morning.

“There is no certainty that any transaction will take place, particularly if discussions cannot be concluded swiftly.”

British American Tobacco has appointed Darrell Thomas to its board as non-executive director and a member of the audit and nominations committees.

Thomas brings significant financial, regulatory and US experience to the BAT board gained during his career.

He has also previously held the role of vice president and assistant treasurer at PepsiCo.

Prior to joining PepsiCo, Thomas had a 19-year career in banking with Commerzbank Securities, Swiss Re New Markets, ABN Amro Bank and Citicorp/Citibank where he held various capital markets and corporate finance roles.

BAT chairman Richard Burrows said: “I am pleased to welcome Darrell to our board. Darrell has extensive business experience in the USA. He is also very experienced in regulatory affairs there. These strengths will complement the balance of skills on the board underlining the importance of the US to BAT.”

This week brings the last retail updates of the year from the BRC-KMPG, as well as Kantar and Nielsen, with the latest figures to be reported tomorrow.

It is looking fairly quiet on the markets and we move closer to Christmas, with an Ocado fourth quarter trading update due on Thursday.

Pub group Marston’s will also reveal how badly it has been hit this year by the coronavirus pandemic as it reports annual results on Thursday.