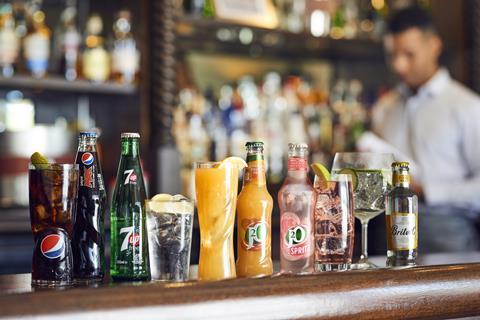 Britvic (BVIC) has reported a “robust start” of the year with first quarter revenues surging 4.9% to £369.8m.

The increase was determined by the inclusion of additional trading days following a shift to monthly accounting. On a comparable days and constant currency basis, sales were up 2.6%.

The soft drinks manufacturer added it is confident it will meet market expectations for the year.

Exclusive discussions with Referesco over the potential sale of certain assets in France were still ongoing, Britvic confirmed. After clearance from French competition authorities, the company expects the transaction to conclude later in 2020.

Meanwhile, Britvic inked its first sustainability-linked revolving credit facility, a £400m facility to expire in 2025 including a number of KPIs linked to Britvic sustainable business strategy.

Achieving the sustainability targets will reduce the margin payable to the lenders, which Britvic will donate to agreed charities, the company explained.

“I am pleased to report that we have delivered a robust start to the year,” CEO Simon Litherland said. “While we anticipate conditions will remain challenging, we are confident of achieving market expectations for the year, underpinned by the strength of our brand portfolio and exciting marketing and innovation plans.”

Amazon last night reported a 20% increase in sales leading to annual revenues of $280.5bn after more and more customers signed up for its Prime membership during the last quarter of the year - including Black Friday and Christmas.

The US ecommerce giant said it now has over 150m paid Prime members around the World.

“We’ve made Prime delivery faster – the number of items delivered to US customers with Prime’s free one-day and same-day delivery more than quadrupled this quarter compared to last year,” said Amazon founder and CEO Jeff Bezos.

Members also benefit from free two-hour grocery delivery from both Amazon Fresh and Whole Foods Market in over 2,000 US cities, as theonline retailer continues its push into grocery.

The news sent Amazons’ share price up more than 10% in after-hours trade, which if it holds up would return the company’s valuation to above $1tn, joining Microsoft, Apple and Google.

Economic confidence has continued to improve in January as businesses and consumers benefited from the greater certainty brought about by the election results last month.

The so-called “Boris-bounce” pushed the GfK’s consumer confidence index up two points to -9 this month. In December, the overall index score rose three points to -11.

“The first month of 2020 has given us a mini Boris-bounce with a two-point increase in our Consumer Confidence headline score,” Joe Staton, client strategy director at GfK, said.

“While January marks four years of the Index failing to penetrate positive territory, we now have two consecutive months of improvement. This is good news. Are we are finally seeing an end to the UK’s jittery consumer mood?”

Most notably, UK consumers expressed higher confidence in the state of their personal financial situation, with figures representing the past 12 months breaking into positive territory - rising four points to 1.

The outlook for consumer’s personal financial situation also increased, up three points to 6.

Positive sentiment towards the state of the general economic situation over the next 12 months saw the score rising three points, though still in negative territory at -24.

This was however, 15 points higher than January 2019 when Brexit uncertainty was still a hot topic.

The FTSE 100 closed down 1.4% at 7,381.96pts as global markets continued to suffer from fear of the Coronavirus outbreak.