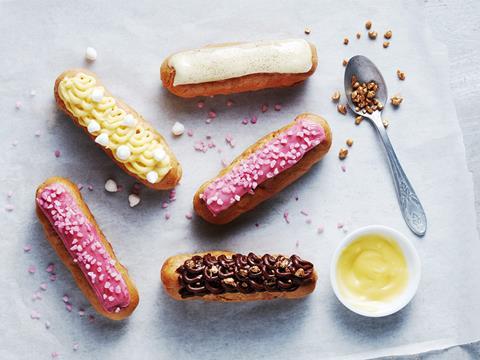 Despite facing “weak consumer confidence” the supermarket supplier improved growth on the back of its surging international business.

Total group sales rose 2.2% on the back of progress “across the group”, with volume growth outside of the UK driving a 16% increase in international sales.

UK revenues grew at a more modest 1.8% despite declining consumer confidence, it announced this morning.

Despite the economic conditions, Bakkavor said it was on track to match expectations for the full year.

The group, which launched onto the stock exchange exactly one year ago, currently sits at 140p, 30% down on its float price 200p.

Bakkavor has tried to drive growth through acquisition, purchasing Hayden’s Bakery from Real Good Food in a £12m deal in September.

“In the current economic climate, the board considers this to be a robust performance and confirms that expectations for the full year are unchanged.”

Shares in the supplier of ready meals, wraps and dips has risen modestly, up 0.3% to 140.4p in morning trading.

The investment group has purchased a minority stake in the fast-growing flavourings supplier, to drive its ambitious growth plans.

SimplyCook delivers recipe kits containing flavourings and spices to customers by post, but last year expanded into stores for the first time, partnering with Sainsbury’s.

Octopus’ deal highlights the current fervour from investors to cash in on direct-to-consumer grocery brands, following major fundraises by meal kit brands Gousto and Mindful Chef, who secured £18m and £6m cash boosts respectively in the past fortnight.

Cash from the deal will be used to increase brand awareness through increased sales and marketing expenditure, to expand further across the UK, and to invest in technology development.

The subscription-based business was launched in 2014 by Oli Ashness in a bid to provide consumers with the necessary flavourings to enjoy new recipe ideas.

“It’s a particularly good feeling. We’ve secured more than we need so it’s good to have a meaningful round that really puts us in a position of strength to grow,” commented Ashness.

Elsewhere in this week’s magazine, vaping business Supreme Imports has confirmed it still harbours long-term hopes for an IPO after float plans fell through last year, posh soda brand Dalston’s has secured £1m from angel investors, and the size of the turnaround needed at Big Bear Confectionery is revealed.

The FTSE 100 finished down for the day, falling 0.4% to 6,834pts as European traders continue to feel uneasy about a lack of positive news regarding Brexit.

The big winner in the grocery sector, was convenience retailer McColl’s (MCLS), which jumped 18.4% to 67p after a steady decline in 2018.

Associated British Food (ABF), also jumped up in value, rising 7% to 2,330p, after group sales from continuing operations for 2% in the 16 weeks to 5 January. Despite plunging sugar prices restraining growth, 4% sales growth at Primark pleased investors.

Despite recording a 2.2% drop in third quarter sales due to a plunge in revenues from its private label cakes and international business, Premier Foods (PFD) rose 2.8% to 35p.

Travel food to go specialist SSP Group (SSPG) moved up 0.9% to 685.2p, after it reported a “good” start to the financial year, with group revenues up 7.6% on a constant currency basis in the first quarter.

On a largely positive day for the sector, wine retailer Majestic (WINE) was among the larger losers, falling 2.4% to 260.5p.